As The Plot Thickens...

Recently I’ve started on several new writing opportunities as I finish up editing on several fiction and non-fiction books. Last week I looked at new opportunities, but now let’s talk about that finishing up process and take a look at some key elements involved in writing your books.

Let’s face it. By the time you’ve reached the middle of writing your book, the overall plot process can start to seem overwhelming. We’ve got the good beginning, we might even have ideas for some complications with conflict for our heroes, heroines and companions. So now how else can you make the middle come alive? This is the point where so many authors get stuck. Suddenly there seem to be so many directions the story could go and the choices can seem endless. Maybe you’ve hit a block or you know some of the things you want to have happen, but you have no idea now where to place anything.  In my writing classes I always say that complications and conflict can keep building the plot, but that they’re not enough. In fact, use too much conflict or too many complications, will mean you’re going to get bogged down in the other direction – too much!

The best way to combat that problem is to slow it down a little now and focus on how to keep plotting your book through small, deliberate steps. One of those ways to keep the plot moving is with a twist. Once you’ve established a flow with the beginning of your story, it’s time to start throwing in those elements that make the reader keep turning the pages.

Are your scenes too action filled as a result of a slam bang beginning? Is it getting slow now that you’ve introduced your characters?  Look over those opening chapters and look for ways to make a change. Speed things up, if it’s moving too slow.  If the opening left the reader breathless, slow it down. No, you don’t want to start boring the reader to death, but too much action can be a problem too. Look back on those opening pages and make certain you’re going in the direction you want the story to go.

I’ve been working on a cozy mystery with my frequent co-author Sue Viders and she is very focused on the plotting structure. It’s easy to look back and see where the action scenes are and where we are slowing things down. That’s a great way to keep track, but at the same time you don’t’ want your story to become predictable.  Once we’ve plotted, we still go back and look for ways to break up the action or the slow flow in an unpredictable fashion. Our sweet old heroines are living their lives and sudden someone throws a rock through the window. That is guaranteed to shake things up.

Look for those places where you need to throw a rock through the window of your plot. Look for ways that you can make your story less predictable. At the same time, look through your action sequences. Do you have too many in a row? You don’t want to simply string together a bunch of action scenes. You can afford to take a few breathers every now and then to let your characters react emotionally to what has happened.

You might even look for places to put in that dreaded backstory you might want to include. What made your heroine afraid of heights? Why doesn’t he like to play his guitar anymore? Who are these people?

For instance, you don’t want to drag down your book with too much detail or backstory. There is a reason this part of books is often called the “sagging middle.” So what do you do to make the backstory interesting, make it part of the action and avoid that sagging middle? Are there ways you might show them in a good or bad light and still keep the plot moving? Scenes can be on the internal or external level and this provides a good chance to use some of those internal or emotional scenes. What you need to keep in mind is that through this all you still want to keep up the tension and the pace. Try using what is called a “hook.”

Hooks are those tiny little surprises that the author constantly throws at the reader to keep them going. 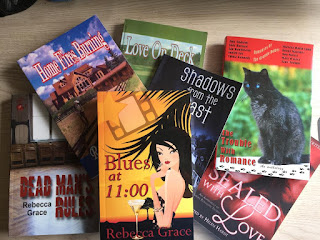 They are especially useful in the middle of the book, but they can come in at any time. In my mystery, Blues at 11, I threw in a car chase, through the hills of Malibu?  Actually it came to me long before I ever wrote the book -- one day as I was driving my car through those winding turns, it occurred to me, what if someone was chasing me?  Years later, I put those thoughts to good use!

ook for ways and places you can come up with your own hooks.

- At end of a scene so the reader will keep reading

- As the story begins moving. Often the “inciting incident” is considered a hook.

- At the end of the chapter -- this is where they are used most often in order to keep the reader from putting the book down.

Hooks can come in lots of forms. Perhaps your heroine suddenly discovers a family secret such as the fact she was adopted. Maybe your hero learns the wife he thought was dead is still alive. Put those discoveries at the end of a scene or a chapter and your reader isn’t going anywhere. They are going to want to read on to the next scene or chapter. Some authors suggest using hooks at the beginning of a chapter to get the reader into it, and again at the ending of the chapter to keep the reader going. A hook can be as simple as a question or a provocative statement. You’ve seen it before in books you’ve read. Look them over and see why they work. Then, figure out how you can use them in your own stories.

Most plot twists will be considered hooks because they keep the reader wanting more but not all hooks are going to be plot twists. Hooks are surprises that hook the reader into reading more. Twists, on the other hand, only come several times in a story and they will turn the entire story around. In some cases, authors may use only two or three twists -- one at the beginning of the story and another a third of the way in and one two thirds of the way in.

Look for ways to use hooks and twists in your stories. The possibilities are there. You just need to dig them out and utilize them. As you put your story events in order, look for those places where you can use hooks and twists. Play a “what if” game and see if that can help you make your story keep moving. Finally, list them all or any other ideas you might have for things that could happen in your plot. You can always weed them out later if you decide they won’t work. No story comes out of the computer on the first try.  Keep working!

And if you’re looking for more help with your writing, please check books on writing on Amazon…

It's always great to check back in with authors we enjoy and that is what we are doing with today's featured writer.  My guest toda... 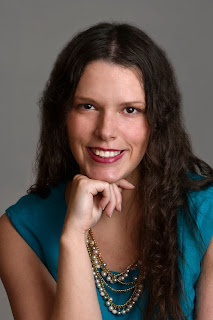