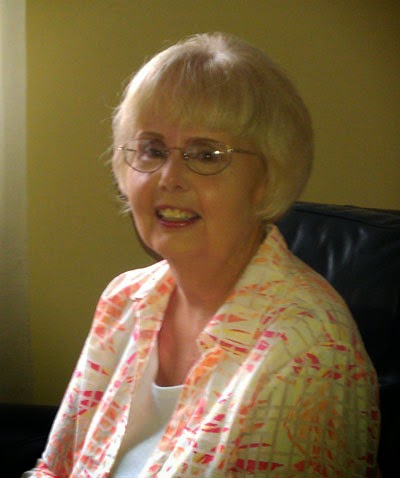 My guest today in My Writing Corner is Nina Barrett. Nina, we wouldlike to know about your writing journey.  When did you know you wanted to be a writer?
I don’t remember a time I didn’t know I would be a writer. When I was little, I would write stories for my family and read them to them nightly. (I got good, if bemused feedback.)
My mother always read to me. I drank in the music of Mother Goose and the stories of Thornton Burgess. I think early exposure to literature gives one the movable feast Hemingway described experiencing Paris as a young man being. Reading was important to my mother. I loved to hear her talk about books.
As I grew older I loved the look of print on the page. I read the information on typefaces used and noticed pagination and how chapters were divided. Later I found myself analyzing how point of view and transitions were handled and plots structured. I loved the classic romantic suspense novels of Mignon Eberhart, Daphne du Maurier and Mary Stewart.
I completed my first manuscript in junior high – an Agatha Christie type mystery and continued writing through high school, largely poetry at that time.
How did you get started on the road to publishing?
In my twenties I began writing with the objective of being published. I submitted my first manuscript, a gothic romance, on my thirtieth birthday. It was quickly returned with a thank you, but no thank you form letter. I continued to submit while researching agents and publishers and growing increasingly discouraged until I won a scholarship to the Antioch Writers’ Workshop in Yellow Springs, Ohio. My first class was with Sue Grafton and over the years I have been privileged to meet other authors such as Jennifer Crusie, Katrina Kittle and Kathy Hogan Trochek.
Re-energized I joined the RWA as well as my local chapter, attended conventions, met with a writers’ group and found a critique partner. One day on my local RWA chapter e-mail loop I found information about a new e-book publisher soliciting manuscripts. I submitted my book Marriage Made in Haven to Musa Publishing and was thrilled to see it published in June 2012. The Wild Rose Press published my second novel Return of the Dixie Deb this spring. Working with Lori Graham was a great experience. Marriage Made in Haven is available as an e-book through Musa Publishing and Return of the Dixie Deb is available in e-book or paperback form through the Wild Rose Press.

Tell us a little about your newest book.
Return of the Dixie Deb is a light, contemporary romance with a touch of mystery. Set up by her former fiancé, Jan Thimmons is presented with the choice of participating in an undercover FBI operation to solve a cold case or face charges of tax evasion. Paired with Special Agent Mac McKenzie, a man pursuing his own agenda, the two re-enact the exploits of the so-called Dixie Deb. A legend in the Deep South, the Deb and her gentleman accomplice pulled off a series of bank robberies before disappearing years ago. Jan and Mac’s activities end explosively and they must go undercover themselves to clear their names. Sparks ignite flames as working together they expose the real Dixie Deb along with a threat to national security.
Where did you get the idea for this particular story?
For me it always starts with a picture or a vision in my mind. With Return it was a young woman facing an IRS auditor while an FBI agent watching her fights feelings of sympathy as she wilts trying to explain the situation she’s in. I realize I can write the story when I know the first sentence. For Return it was - She had that “deer in the headlights” look most people would probably have if they were facing an auditor for the Internal Revenue Service.
What do you start with when coming up with a book – characters, the plot or an idea?
It’s probably a combination of an idea and the characters I see attached to it. Plot is something that happens the more I work with my characters. Of course, since it’s a romance I know my characters are going to find their ways to an HEA!
Give us an idea of how you develop your characters?
I’m tactile. To me the creative process is like being a sculptor or a potter. I have to get in and work with words. I always write my first draft in longhand. I need the physical connection of pen on paper. As I worked on Return of the Dixie Deb I saw Jan changing from passively reacting to her predicament to growing into an active partner with Mac as a result of her adventures as the Dixie Deb.
Do you always know how your story is going to end when you start?
No. I have some ideas of complications my characters are going to go through and I have faith they will find their way, but figuring all that out is part of the adventure and thrill of writing. Tony Hillerman once said plotting is like driving through fog with your low beams on. You can’t see far ahead, but you can see far enough to know you won’t drive off a cliff. I’m still safe so far!
What do you know now that you wish you had known when you started out?
I think my light bulb moment occurred at my first RWA convention. I attended the first timers’ session, looked around and thought – Well, if I’m crazy for wanting to do this, I sure have company.
So people, you’re not crazy. Network, reach out, don’t keep what you’re doing a secret. Keep going, keep going. Like Sue Grafton once said – Every writer ever published has a suitcase full of unpublished manuscripts under her bed.
What are you working on now?
A trilogy about the three McClendon brothers set on their family ranch in Cottonwood, New Mexico. I’ve completed the first book and am now revising the second.
In book one, McClendon’s Trust, Connor McClendon, still aching from a divorce, finds himself falling for Cathie Shanahan, a big city attorney representing the other side in a land dispute involving his family’s ranch. Book two, McClendon’s Land, finds Connor’s younger brother, Griffin, taking a break from his doctoral studies to help out on the Lazy M when he surprises a trespasser on their land. Alessa Glendening, a newcomer to Cottonwood, is clearly unhappy at meeting a McClendon and guarded about her interest in what the McClendons’ regard as theirs.
What are your favorite things to do when you are not writing?
Oh, travel, spending time with family and friends, reading, thinking, plotting, plotting, plotting.
How can readers reach you or find you online?
Join me as Nina Barrett on Facebook. I’m the little girl at the typewriter – the writer at a gnarly age probably being watched carefully by her mother or e-mail me at nina@ninabarrett.


Thank you, Nina, for your comments and your insight into the writing world.  Any comments or questions for Nina?
- June 25, 2014