A Story for The Ages

When you are travelling, as I have been doing for the past two weeks, you are always looking for a good book to read to escape to another world while you wait for airplanes or (in my case) ferries to your next destination. Naturally I always enjoy a good romance, but when it is mixed with danger and intrigue, that sounds like just the ticket for some engrossing reading.

This week's guest in My Writing Corner presents just such a book as author Maureen Bonatch visits My Writing Corner with her latest release, Evil Speaks Softly.  It's perfect for my October theme of all things spooky.

Maureen grew up in Pennsylvania, where she still lives. She says it's because she likes the four seasons, along with hockey, biking, sweat pants and hibernating in the winter time. She also enjoys reading and writing paranormal and fantasy romance, and she shows us her skill  with her newest book. She tells us she is a "seat of the pants" writer, who finds her characters demanding their stories be told, and we're glad she is telling them!

Liv never questioned her demanding nocturnal muse, or the strange incidents in her old, family home until she met Gage. His job was to watch her from afar, not reveal the truth about the curse and the stories of the dead. They’ve broken all the rules.

Together they unravel secrets as they strive to stop the cycle. Liv’s ability to find love, and protect her loved ones, hangs on the fickle whims of the dead—and they’ve got nothing to lose.

Need more? Let's get an excerpt!

“I met this strange man at the bar last night. He told me some really weird
stuff.”
I paused. When she remained silent, I continued. “He said it was related to my writing.” She watched me with the fascination of one who desperately wanted to look away but couldn’t. As if a deer blinded to the oncoming headlights, she was fixated, trapped. “He said to talk to you.”
I searched her face. I knew my Grams. When resignation settled on her features a knot clenched in my stomach from either fear, or the excitement of validating Gage didn’t fabricate the story. Perhaps he wasn’t crazy.
Grams slowly closed her eyes and opened them again. “He found you?”
I nodded.
She turned to stare out the frosted window where the birdfeeder sat frozen over from the recent snow. “I can’t believe he took that risk. Watchers are never to approach the Recorders. It could totally upset the balance.” She worried her lower lip between her teeth.
When she used the same terms as Gage, my anxiety elevated. I expected her to deny his claims and then we’d laugh about the incident. “Grams, please tell me. I don’t know what you’re talking about.” I took a deep breath. “Some weird things happened last night. Occasionally I notice unusual things, but it’s an old house and I have an active imagination, but this time it scared me.”

And here is how you can reach Maureen: 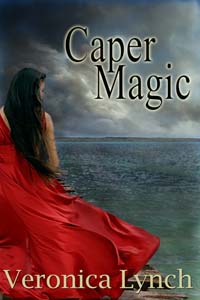 Captivated by An Engaging Romance

What better way to start off the month of October--when we all get to dress up and pretend we're someone else--than with a book about a heroine who is also playing pretend with a very rich hero! That's the basis for the newest book by author Charlotte O'Shay who is the guest in My Writing Corner today. 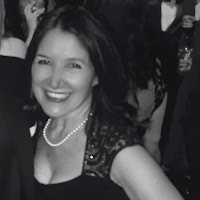 Charlotte says she was born into a big family and married into a bigger one. She tells us she honed her negotiating skills at the dinner table and that led to a career in law. After having four children, she traded in her legal career to write romance and boy, are we happy about that! She has written some wonderful stories.

She says still lives on the far west side only 3 subway stops from where she grew up, and Charlotte goes on to say that when she isn't reading or writing steamy contemporary romances featuring heroines in crisis and swoony heroes with issues, she is usually on the hunt for that perfect pair of sunglasses.

Her newest book, A Model Engagement, sounds like a great story that can sweep us all away into a fascinating world, along with her heroine. 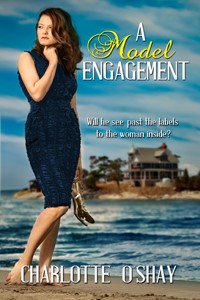 Lacey Reed jumps at the chance for independence with a career in the big city. But her naivety and ambition blind her to the lure of a blackmailer.

With her savings gone she has nowhere to turn when she literally runs into financier Connor Devlin.

Though dazzled by Lacey, Connor sees the desperation she tries to hide. He hires her as his fake fiancée. Now Lacey has a job and he has a bandage for a family crisis.

When the blackmailer ups the ante, Lacey resolves to face him down— no matter what the consequences.

Does that mean Lacey will lose the only man who’s ever seen who she truly is?

In that moment, she relived just why she needed a job so damn bad. In that moment, all she could remember were the targeted emails, the strategic telephone calls ad the persuasive texts she'd received from Barry as he set out to reel her in like the very gullible fish she was.

It all came back like a rush of filthy sewage.
How he’d drawn her in. Discovered her desire to reap the most financial benefit
from her career before retiring. Then, in a seemingly normal progression, he set up a meeting at his office. Designed for shoptalk so that they could discuss photographic details of her breakout exclusive ad campaign for Mon Secret.
His home office as it turned out, complete with multiple couches and a closet full of evening wear and fur, props for the shoot. Lacey had developed a veneer of sophistication during her four plus years in the business. Or so she’d thought. But Barry’s lavish living and working space wowed her.
She cringed as she remembered telling him how eager she was to start.
Lacey relived it all in that split second and Connor, who’d done nothing more than offer her his jacket and then a ride home was suddenly a stand in for the monster who had taken her piece of mind along with practically every red cent she possessed.
If you'd like to get in touch with Charlotte, please do. She says she LOVES to hear from readers.

Sign up to her newsletter to find out about giveaways and new releases: http://eepurl.com/b4lbvn

Thank you, Charlotte, for being my guest today. Any questions or comments for Charlotte?

From Fan to Fiction Writer

Like so many avid readers, I am always looking for the next book I might want to buy so I try to keep a close watch on new releases. That... 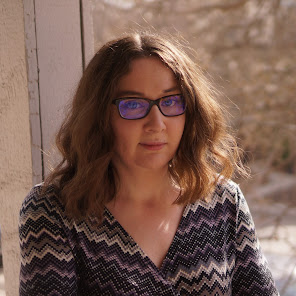