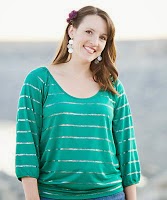 Today's guest in My Writing Corner is Abigail Owen. Did you always want to be a fiction writer?


Always. I’ve been writing stories since childhood, but I didn’t finish my first book until about seven years ago. And I didn’t start seriously perusing the dream until about three years ago.
How did you first get published?


I started with self-publishing. My thinking was that if my first book – Blue Violet - didn’t get laughed off the face of the earth, I’d keep going. When I received positive feedback, and especially after won my first award, I decided to continue to self-publish and pursue traditional publication at the same time. The Wild Rose Press was my first YES! I happened to see an article in the RWA monthly magazine talking about new presses including TWRP. They sounded like a great fit and so I sent a query expecting yet another “no” and got a “yes” instead. I can’t begin describe how thrilling that was (as a writer, you’d think that would be easy, but nope)!
Tell us a little about your newest book, Andromeda’s Fall?

Andromeda’s Fall is centered on Andie Reynolds, a mountain lion shape shifter who has escaped her own dare (like a pride) and is seeking asylum with the Keller Dare. She has two problems though. The first is that she could still be extradited unless she marries someone in the Keller Dare. And the only person powerful enough to protect her would be Jaxon, the Alpha. Her second problem is A.J., one of the Alpha’s Protectors. He insists that he must vet her first before letting her anywhere near the Alpha. When sparks fly, Andie has to decide between her heart and her life.
That's a great cover. I understand this is the first in the Shadowcat Nation series. The series sounds fascinating. What gave you the idea for the Shadowcat nation?


Thanks! The initial idea came from a single scene. I pictured a mountain lion shifter on a cliff. She’s standing post, protecting her people. Above her is a male mountain lion, secretly observing. She has something to prove. That’s it. From there I had to figure out what she had to prove, why, what the world was like for them, and where they needed to go from there. The concept of the Shadowcat Nation world itself ended up coming from my research into mountain lions. I recently wrote a blog post about this if you want to find out more.
What are some of the stories you are working on for future Shadowcat books?


The 2nd book – Sarai’s Fortune – is in my editor’s hands now! I plan for this to be a 4-book series each with a different heroine/hero. They continue to fight the same villain(s) through the series, and to try to figure out how the Shadowcat Nation – which is a delicate and relatively new alliance of cougar shifters – works. With the books upcoming, I’ll bring other types of shifters into it more (on top of the cougars, wolves, and polar bears already in AF). I’ll also have more with the Kuharte – those few shifters who have additional supernatural powers. And we’ll continue to see the original characters throughout. Here’s to a fun ride!
How you develop your characters for this series and other books?


My characters are developed through two parts of a process. Before I write, I figure out my characters – I find a picture of an actor that fits what I’m thinking. I try to decide what personality they have. I recently did a great workshop on character development that suggested using astrological descriptions of personality to help discover your characters. I loved that idea and have started incorporating it.
So I do my “research” first. But my characters sometimes surprise me when I start writing. It’s that pantser part of me I guess. I recently had a character who I wanted to come across funny and carefree who turned out to be serious and closed off. I even tried to rewrite her scenes, but she was determined to be serious. And it worked better for the book I think.


Do you always know how your story is going to end?
I usually know exactly how it will end. The beginnings that are hardest for me. A full backstory develops in my head and I always have trouble figuring out where in that story to jump in with my readers. Then, getting my characters to the ending is always an adventure. I’m an odd mix of mostly pantser with a little bit of plotter (very high level) when I write, so the middle is where I’m most often surprised.


What would you tell writers who are just starting out that you wish you had known?
Don’t wait for praise, but do seek feedback from people you trust and use it. Don’t stop after the first try. Do keep writing, and writing, and writing. Don’t wait for that “perfect” idea before you start. Do take classes and workshops. Don’t assume someone else can tell you how to write – incorporate what works for you. Don’t think there’s only one way to do this. Do research editors/agents you’re querying. Do spend money on a good editor/beta reader. Do help other authors out – this is a great community of supportive folks!


What do you read when you are not writing?
I’m a very fast reader with lots of interests. Romance is probably 80% of what I read (paranormal and contemporary mostly but also historical) with the other 20% dividing out between fantasy, science fiction, classics, business, historical, and – these days – lots of self-help writing/publishing stuff.


How about a blurb about Andromeda’s Fall?
Andromeda Reynolds is being hunted. After witnessing her mother’s violent death at the hands of a pack of wolf shifters, Andie has devoted her life to protecting her community of cougar shifters from a similar fate. But now, a greater threat lies within her own dare, and she must run. If she stays, Kyle Carstairs will force their mating, seeking the added political power their union would provide.


Andie would rather chew off her own foot than end up with Kyle. Though, knowing him, she won’t live long either way. Andie’s only hope of survival is to mate Jaxon Keller, the Alpha of the Keller Dare with which she is seeking asylum. But before she can get to him, Andie must first go through A.J., one of the Alpha’s Protectors.
What Andie doesn’t realize is that A.J. has secrets of his own. All Andie knows is that the incredibly frustrating shifter insists on challenging her story, her skills, her trust… and her heart.


Get a peek into this new series now. Read Hannah’s Fate, my short story in the Here, Kitty Kitty anthology.
How can readers reach you or find you online?


Ah, the fun part! I love hearing from readers and other writers. I’m on most of the big social media – so it’s very easy to get in touch. Here are my links. I’d love to hear from you!
Website | Facebook | Twitter | Pinterest