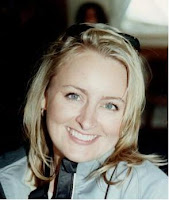 As we turn toward Fall, there is still time to get in some summer reading that can take you into another world or a new dimension. My guest today is Kelly Lee to tell us about her newest book. Did you always want to be a writer?


Not even close. In fact, after finishing three novels and starting a fourth, it's still hard to consider myself a "writer". Some small part of me is insecure that if I start calling myself a writer, the creative gods out there will smite me for my arrogance.
Where do you get story ideas?


Originally, the story ideas for the Four Realms series started as a result of a trip to Europe, where I toured several countries including Italy & Greece. I joke that the gods – Greek and Roman – decided to tell their stories through me.  For another series I'm writing, I get ideas from what provokes me emotionally as a person. I have been reading a lot about women's rights and the plight of women in other parts of the world where they have no rights. Suddenly, the nugget of an idea for the Honor Bound series was born. I'm currently carrying that one around, and have no idea when it will fully come to term. J
Tell us about your writing process. Do you plot carefully or wing it?


If you consider closing your eyes and just thinking about what might happen in a book plotting, then sure, I plot. I'm trying to become more of a formal plotter… but for now, I'd have to say for the most part I wing it.

How do you normally come up with characters?


I don't come up with them, they usually take me by the throat and say "write me". LOL.
Tell us about your latest book, Murdering Eve, and what made you want to write it?


After the first three books in the Four Realms series, there are still many unanswered questions for the reader about how the Four Realms came into existence, as well as some unresolved relationships. I can't NOT write the story, and in some respects the current draft is a prequel to the other three, telling the story of what came before, specifically the history of Eve's parents –Synrah & Apollo, who are introduced in Murdering Eve long after their affair ended.
What do you like best about your current hero?


He's honorable and strong, and even though he's been wronged in the worst possible way, he knows who she should and shouldn't blame for the mess he's in. Aside from his nature, I love the dichotomy of the fact he's technically a troll, and the strange twist of making him so human-like and believable in a fantasy romance. Believe me, it took a lot of research on Irish culture to spin a web of characteristics to suit this story!
What about your heroine?


Eve is like you and me. She's not over the top powerful. While I love a kick-butt heroine from the first word sometimes, and they do appear in the books for sure, Eve has to grow into herself. She struggles just like anyone else would, and that makes her relatable.
How about a blurb?


Exiled to magic-barren Earth Realm, Whit Blackstone has resigned himself to never seeing his family or clan again. But when a mysterious woman appears, wielding as much power as the goddess who banished him, primal desire and his desperation to return home collide.


Immortal… After twenty-nine years of believing herself human, Eve Moore can’t wrap her brain around the word. But even immortals can’t always cheat death, especially if a bloodthirsty God of War threatens your soul. Betrayed and hunted by a relentless assassin, newly immortal Eve Moore has no choice but to trust the heart-stopping stranger she’s been tasked to find and return to Olympus.


As their chemistry ignites, Eve discovers the depth of her emerging powers, and the inescapable connection she and Whit share.  When the time comes, will Eve hand him over and walk away? Or will the long buried secrets of her past doom both their lives, and their very souls?


And I understand there are more stories to come?