We're moving into those cold days of winter so this is a great time to start finding some fresh reading material for those long, cold days when all I want to do is curl up in a comfy chair with a cup of tea and a great book. And what would be better than a tale of knights battling for honor? 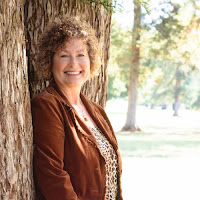 My guest today is award-winning paranormal romance author, Mary Morgan, whose tales of Dragon Knights never fail to capture the reader's attention. Mary lives in Northern California, with her own knight in shining armor. However, during her travels to Scotland, England, and Ireland, she left a part of her soul in one of these countries and vows she will return some day. For now she syas she lets the worlds she once created in her mind come to life in her stories.

Let's let Mary tell us about her latest book, A Highland Moon Enchantment: 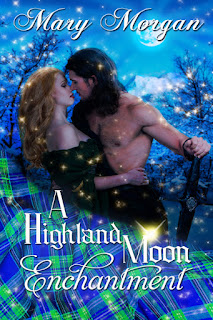 I’ve returned home to Scotland and the Dragon Knights this holiday season.

When the O’Quinlan brothers entered the story in Dragon Knight’s Axe, Order of the Dragon Knights, Book 3, I knew each would demand their own story. Desmond O’Quinlan kept tapping my shoulder (and yelling in my ear), requesting a rematch with Dragon Knight, Alastair MacKay. Apparently, he had unfinished business with Alastair for leaving his sister, Fiona. In truth, I sensed a deeper meaning behind Desmond’s foul mood and growing anger at the Dragon Knight. However, Ailsa MacDuff will become his greatest challenge, and the real reason for his bitterness will be exposed.

The light of a Midwinter feast and the glow of a Highland full moon will weave its magic over these two warriors.

Thanks, Mary, let's get a blurb:


Irish warrior, Desmond O’Quinlan has never surrendered his heart to any woman. He has no wish to have his soul tortured by love. Yet, the moment he locks gazes with Ailsa, his fate is destined for an adventure he never fathomed. He may have battled alongside a Dragon Knight, but his greatest challenge will come from within his own heart.

Ailsa MacDuff, a warrior among her clan, has no desire to have a man chain her to a life of obedience. However, that is before she meets Desmond. The temptation to allow this warrior inside her heart is a risk she dares to take, but one that could lead to a future of emptiness and sorrow.

When betrayal looms from within, the battleground of love is no match for these two warriors. Can the power of a Highland full moon be strong enough to unite or destroy them?

Naturally I was so intrigued by these characters I wanted to interview them:

Desmond, tell us what you want most out of your life?
“I reckon I have found what was missing, which was love. I did not seek it, believing I had everything I wanted back in Navan. When I encountered Ailsa, she opened a part of me that I had locked away.”

What is your biggest victory so far?
“To be accepted by the people on the isle of Ailsa Creag. One day, my wife shall rule the isle, so I worried they would not wish to have an outsider stand beside her. Yet, I was wrong. They have accepted me as one of their own and made me a leader, as well.”

What is it about Ailsa MacDuff that first drew your attention?
“Her eyes. She held me captive with one look. I deemed she could see straight into my soul.”

Ailsa, what made you become such a fighter?
“The isle of Ailsa Creag has always trained both—men and women. Some of the men are chosen to become part of the Fianna. They are a group of men who serve other chieftains in Eire and Scotland and help to maintain order on their lands. We are an ancient people—one that I am proud to serve. ’Tis in my blood.”

What is it about Desmond that frightens you?
“There is naught that scares me about my husband. In the beginning, I feared he would not wish to remain on our island.” Desmond leans near and whispers in her ear. “Apparently, he has assured me again that he will not leave.”

What is the one thing you want to keep hidden from him?
“We have nae secrets between us.” Alisa cheeks turn a rosy glow as she quickly averts Desmond’s stare. “Though I have yet to tell him the news about a bairn…”

Would you like to know more? Here's how you can buy A Highland Moon Enchantment:

Thank you, Mary, for being my guest and introducing us to Desmond and Ailsa.  Any questions or comments for Mary?