In the Mood for a Suspense Series?

As  a long-time mystery fan, I always keep a watch out for new releases by my favorite authors, but I also watch for new books by authors I haven't read before. There is nothing more fun than finding a new author who pulls me into reading a new series. That was the case with author Julie Howard, who whose latest book, Crime Times Two is just about to be released. 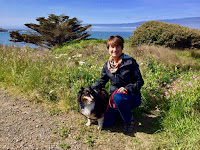 The book is the second installment of her Wild Crimes series, a domestic suspense series, so that gives me two new books to read! She is the guest in My Writing Corner today.


Julie is a former journalist and editor who has covered topics ranging from crime to cowboy poetry. She is a member of the Idaho Writers Guild and founder of the Boise chapter of Shut Up & Write.

This is the second Wild Crime, a series of domestic suspense books. Here's the blurb: 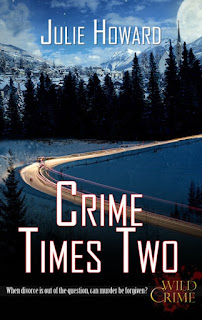 Meredith knows three things: First, the man in the library begged her to help him. Second, he was afraid of his wife. Third, now he’s dead.
While the evidence first points to a natural death, Meredith is certain there’s more to discover. People are tight-lipped in this small mountain village, and the man’s wife isn’t talking either. Then a second death occurs, with remarkable similarities. It’s time to talk about murder.
As a slow-burning relationship heats up in her own life, Meredith struggles with concepts of love and hate, belief and suspicion, and absolution and guilt. Nothing is clear cut…
She must decide: Is guilt, like evil, something you can choose to believe in?
Want more? Here's an excerpt:
Jowls quivered under the man’s weak chin, and Meredith noted the stained and frayed shirt of someone who spent a lot of time alone in dark rooms, sending out a better version of himself into the virtual world. His eyes were anxious and beseeching at her as though she should have a clear understanding of him and his life.
Somehow, over the past hour and a half they’d been sitting next to each other – him playing video games and sharing his life story and her ignoring him the best she could – she had become his confessor and friend.
Meredith gave him what she hoped was an impartial-though-quasi-friendly smile. She reached for her purse and papers and rose from her chair. “Well. Nice talking with you.”
The man was lost in his own train of thought and seemed only slightly aware that Meredith was leaving.
He shook his head, morose.
"To make  a long story short," he summed up, "I think my wife is trying to kill me."

That grabbed my attention. The best thing is if you'd like to read on, there is a sale that starts this weekend on Julie's first book in the series, Crime and Paradise. It  goes on a 99-cent flash sale Friday (Oct. 5).

The story follows a young abused woman who ends up in a remote Idaho town. When her husband is murdered, she becomes the prime suspect. The local sheriff develops an interest in her beyond the investigation, and together they uncover some unsavory secrets in their small town.
For more on Julie, here is how to learn about her and get in touch as well as the buy links for her books:
Facebook: http://www.facebook.com/juliemhowardauthor

Thank you, Julie, for being my guest and introducing us to a new crime series! Any comments orquestions for Julie?