While summer may be vacation time, this year is very different than others. Instead of going off to relax with several good books, I am finishing up edits on a new Romantic Suspense as well as keeping a watch on the current books that are coming out. This week I am welcoming to My Writing Corner  author Gabbi Gray. I have to admit her new book caught my attention because of its setting.

She tells us she lives surrounded by trees, raccoons, deer and other woodland creatures 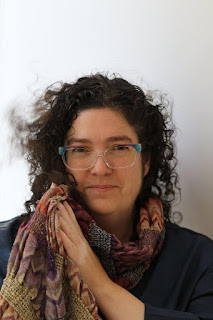 on a mountain in beautiful British Columbia. (okay, one of my absolute favorite spots!) She says she lives on a mountain where her fur baby chin poo "keeps her safe from nasty bears."

While she works for the government by days, she says she spends her nights writing gay romances.  She also says that while she firmly believes in happy endings, she likes to make her characters "suffer before finding their true love." Of course, I wanted to know more about her writing.

My biggest challenge is focus.  I have Attention Deficit Disorder and, as the expression goes, I see squirrels everywhere.  Actually sitting down and doing the work of a writer is tough for me.  I participate in writing sprints to get the words on the paper, but struggle with editing and, eventually, marketing.  I’ve discovered that being a writer is so much more than just putting words to paper.

I’ve had a very bumpy road to publication.  I started writing my first book in university in 1996.  I still have plans to finish that book.  The year 2012 was tough for me, and I decided I needed to focus and take my writing seriously.  From there I haven’t looked back.  I just finished writing my fourth gay romance and hopefully it will be published next year.

The past few books have been for a call from a publisher.  One was set in a small town in Vermont where one character had to come from the town.  I knew I wanted to write a gay romance and from there, for reasons I still can’t explain, I came up with a dead black Civil War soldier ghost who haunts the local cemetery.  The visitor had to be a gay man who could see a ghost.  Who better than a history professor dedicated to telling the stories of the dead?  The next book had to involve ice cream and the beach.  I wanted to set it in my city of Vancouver, Canada and that led me to question what are the major industries?  That leap was to the film industry and the book is my take on the big film star and the unknown person.  Again I made it a gay romance and had my ice cream story.

Usually I start with characters and let them guide me through.  I’m a pantser who writes romance so I start with my two main characters, the happy ending, and then I go from there.  How I get there is always a mystery. 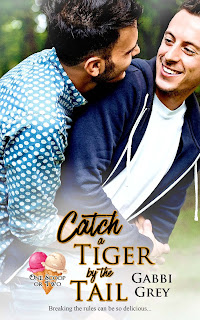 during the production of a film.  I wanted both characters to have tragic backstories so even though I call the book my fake-boyfriend age-gap gay rom-com, there is some weight to those characters.  Throw in tiger tail ice cream (orange cream with black licorice), and I had the makings of a story.

Perseverance.  It took me eight years to get published.  I kept writing, kept taking classes, kept striving to improve.  These days self-publishing is a valid alternative to traditional publishing, to be sure.  I wanted the community of writing with a publisher and was very lucky to find The Wild Rose Press who have published three of my books – including one that was written way back in 2014.  Hang in there and keep working toward your goal.

hat are you working on now?

I had the opportunity to return to that small town in Vermont.  A beloved character is a gay man, and I knew I wanted to write his happy ending.  I’m hopeful the publisher will contract the book.  Beyond that I have several projects vying for my attention.  I can’t sit on my laurels and, to be blunt, I can’t not write.  It’s part of me – a part I will always treasure.

Catch a Tiger by the Tail

Thomas Walsh knows the number one rule in the film industry. Don't get involved with the talent. But resisting the urge to take the big screen to the bedroom can be hell when the lead actor on the set looks good enough to eat...one slow lick at a time.

Peter Erickson's latest role as a gay man hits a little too close to home. He's still in the closet and secretly grieving the death of his lover. Then an enchanting production assistant catches his eye, and he's surprised by the instant attraction that stirs more than his wounded soul.

When the two men are caught on camera in a very intimate pose, both Thomas and eter are afraid they've caught a tiger by the tail.

Sounds  great!  Where can readers buy your book?

How can readers get more information about you and your work?

Thank you, Gabbi, for being my guest!  Any comments or questions for Gabbi?