Plotting Through People and Places

During these crazy times, I have heard from many people who have been thinking of their writing goals. Those who have long wanted to be published are often finding themselves with time on their hands while working from home or they are looking for new outlets for their feelings of helplessness. Writing a story where YOU get to make all the decisions can be therapeutic. Some of those friends who know I have often taught writing classes have come to me for tips on how to get started. In coming weeks, I will be posting some of the various lessons I have used in  some of my own writing classes that can be valuable to people starting out or to authors who just want a refresher or a look at new ways to write a book. 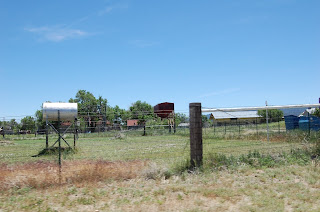 can get started. To me, it all starts with characters and designing them, but no character can be placed without a story idea so that means coming up first with ideas for plots.

Everything starts with a story idea and  I always love to say those ideas are all around us--whether through events or various people with a good story to tell or a good character who belongs in a story. I have just finished writing a romantic suspense story that began building in my head many years ago while out on a drive with my brother, his wife and my sister.  Out in a very rural part of southern Colorado we ran across one of our cousins who was a rancher. He had spent his whole life living and working on a ranch owned by his father. He was unmarried and lived in rather primitive conditions -- limited running water and heat. He chopped wood in winter and opened windows in summer. His electricity came in the form of a generator he could only run limited hours of the day.

He had no television set so his nights were long and lonely. Or at least it seemed like they would be. Turned out though, he kept busy being an artist. His family was talented that way -- his older brother taught art in a nearby town's high school. He had little light but he managed to keep his time occupied drawing and painting.

Needless to say I was intrigued by the whole story of someone all alone like that and when I got home I began devising a story wrapped around such a character -- someone all alone who spends his time working the ranch by day and being artistic at night.

Because I write Romantic Suspense, I came up with the idea of a long ago murder mystery that would give a character a similar life and put him out there on the prairie alone, painting...

But a story has to be more than just a character portrait. It needs to have something happen, that  plot i mentioned--the story behind it, which is the reason you want to learn about a character. It's the key to any good book. Characters, plot, pacing, dialogue -- they should all work together as you write a story.

Writers who don't like to plot often prefer to write their books a scene at a time.  If they have an idea for a certain event or scene, writing that scene out of order can help the creative process.  Getting the scene down while it is still fresh in their mind can improve the book.

A scene shows what happens as the action or the emotional problems/reactions unfold minute by minute. A typical book of let's say 85 to 90,000 words has about 70 or so scenes, give or take a few depending on the length of each scene,  with each scene moving the story forward or giving the reader insight in the growth of the main protagonist.

Each scene should have a small plot in it. Remember time and setting - however this is often understood by the reader and therefore not always necessary. Because of the action of the scene, the character MUST react in some manner either to the previous scenes problem or to the plot's overall situation.

Show an emotional change or reaction. The reader needs to know (the motivation behind the character's 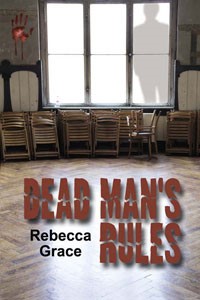 Scenes can be a variety of lengths, depending on what you choose to include.  Some action-filled scenes may run two to three pages, while a simple conversation may be only half a page...but, on the other hand, it could also be three or four pages.  It all depends on your style, genre and whose POV the scene is in.

All of these elements can also be affected by the setting, or the time period and location where a story takes place. Actually, setting is more than just a "place." Learn to be careful about how you treat the setting of your story...pages and pages of description, while maybe interesting, should be broken up and used sparingly and scattered in various scenes.

Keep in mind as you begin to put the scenes in order that you will want a variety of action-packed scenes intermixed with slower scenes or reflective moments.  Too many fast-moving scenes coming one right after another can leave a reader breathless, while too many long, emotional scenes can lull a reader to sleep.

Mix the length of the scenes with a progression that makes sense in moving the story forward and that allows the reader time to think and react along with the characters.

Remember - Each scene needs to contain a reaction to what has just happened or to the dilemma with the choices to be decided upon.  A decision, which reveals the character's determination and the direction of the overall plot and some type of goal set up for the next scene should end the scene.  This is called the hook. Hooks are often what keep the reader going and turning the pages.

Learning about all these various elements may seem overwhelming. For authors they can become second nature after a while, but no one needs to be told that writing a book is a long and involved process.  Getting to the end and knowing it is all going to work out for your heroes and heroines is all worth the work.  Putting those characters in place, developing the plot and writing those scenes -- the final product is where you're headed if you write. It all starts with that simple idea... maybe something as simple as a man painting pictures...

Let's face it--we're all staying home a lot more these days. Some of us don't get out at all! And after a while, even Zoom conve... 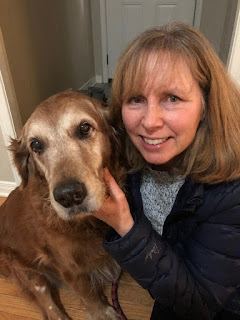