Don’t we all love to hear those stories about writers who always wanted to “retire and write” once they left their “day jobs?”  It is always refreshing to hear about someone who not only has done that, but who has proven to be successful at his longtime dream.  That is rewarding story behind today’s guest in My Writing Corner, Mark Edward Jones. 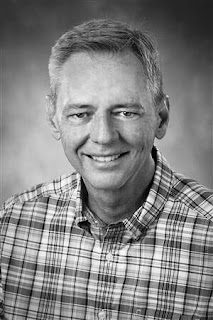 Mark retired in 2017 after thirty-three years working in higher education finance and wanted to start writing again. In February 2021, he signed a contract with the Wild Rose Press for a novel called Peculiar Activities with a release date of October 6, 2021. This manuscript won first place in the mystery category of the 2019 Oklahoma Writers Federation annual contest and was a finalist in the 2020 Page Turner Awards contest.

His flash fiction piece called Alone in Warsaw was published in the Autumn 2019 edition of the U.K. Publication, Painted Words.

Mark also served as an editor and consultant for two other publications: The First Hundred Years by Carolyn Leonard; and Real Musings by Dr. Ed Cunliff. He grew up in Duncan, Oklahoma, attended the University of Oklahoma--earning bachelor's and master's degrees in political science and public administration.  He and his wife have three grown children, all married, but no grandkids yet. They will celebrate their fortieth anniversary in November 2021.

Mark, tell us about your road to publication.

I enjoyed writing when I was younger, and I wanted to try again after retirement in 2017. A portion of the manuscript for Peculiar Activities won first place in the mystery/suspense category of the 2019 Oklahoma Writers' Federation annual contest. The same manuscript was selected as a finalist in the 2019 Page Turner Awards in the U.K. Last winter, I signed a contract with The Wild Rose Press to publish Peculiar Activities, which was released on October 6, 2021.

An author’s independence is something I enjoy. These are your characters, your plots, and your stories—complete freedom. If the story is something you want to publish, though, sometimes your characters and plots will be changed by your beta readers’, editors’, and publisher’s input.

Time and consistency. There is plenty to do, even with retirement, and the days seem to pass as quickly when I worked. Sitting down consistently and carving out time each day has been the most challenging part of writing. For me, it has helped to treat it more formally as at least a part-time job rather than as a disorganized hobby.

How do you develop characters?

I have usually been the quiet one in any crowd, watching people for fun as much as anything. Some of the positive reviews I have received for Peculiar Activities relate to my characters and how much they are liked, well-developed, or people they would like to know. Most characters are a combination of personalities I have been around during my life, but none are intentionally modeled after one person in particular. 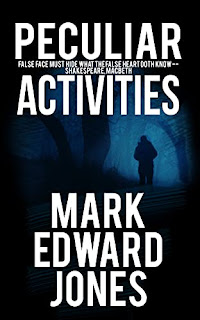 Peculiar Activities is my first published novel. I have always enjoyed detective and mystery shows on TV and in movies. My renewed desire to write drifted toward the same, and I took that route almost instinctively. My first thought concerned a young man just hired as a detective who gets thrown into investigating a new murder related to an old conspiracy.

Junior Detective Henry Ike Pierce is hired to reassess cold-case killings. On the third day of his new job, a dismembered body appears in a local park. The corpse's desecration is like slayings from over two decades ago, and Henry is assigned to his first investigation.  He must uncover the present-day killer while his boss pushes him to resolve crimes from the past.

Henry seeks a killer within a community of rival ethnic groups, refugees from the 1990s Balkan wars. Rumors point to a killer called 'the hooded one.'

As his investigation unfolds, the young man from western Virginia's coal country discovers that 'trust' has a flexible definition.

Let’s get more! How about an excerpt:

Eddie Stone pointed to our left. “There. This whole section.” He kicked away the dead foliage, and a flat headstone surfaced with the name of UNKNOWN and the death date of JULY 1987. “This used to be where we buried unclaimed bodies after two weeks. These days it doesn’t happen much with all the DNA crap.”

He stepped toward the fence, then cleared off another area. Five gray markers appeared, all said UNKNOWN and JANUARY 1995. “These are the five homicide victims Director Marconi told you about.”

Those deaths came into focus like a cold slap. “Why couldn’t you identify them?” I asked.

“Whoever did this kept the skulls, hands, and feet. With no teeth and no fingerprints, we had nothing else sophisticated enough to help us.”

“No guesses even? A missing person’s report?”

“Nope. We found a connection, though.”

“To each other, it seemed. The victims were male, all wore brown leather jackets, and the damnedest thing—a piece of Orehnjaca was stuck in the breast pocket of each victim.”

He grinned. “I hadn’t either. It’s a Serbian bread dessert. A nut roll or something.”

“Bingo. We’ve thought similarly over the years but couldn’t connect it to local gangs.” A blast of north wind shuffled the leaves, covering the headstones again. “I don’t think it’s only a local issue, and neither does the director.”

This material may be protected by copyright.

A manuscript, preliminarily entitled Shadowed Souls, has been submitted to the same publisher for review and consideration for a contract. It is book two of the Henry Ike Pierce detective series and continues the story from book one, Peculiar Activities. I am also taking part in a group project, a Friday the 13th collection of novellas from thirteen authors. Each novella will comprise a story with thirteen chapters and thirteen thousand words. The release date is May 13, 2022, a friday.

Let's hope they bring you good luck! Both sound very interesting. Here are Mark’s contacts and buy links to find out more about his work:

Thank you, Mark, for being my guest today. Any comments or questions for Mark?