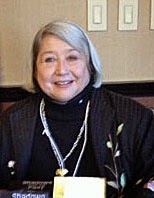 Today in My Writing Corner I am doing things a little differently. Normally I spotlight an author and a new book. Last Friday my latest book, Blues at 11, came out so today I am spotlighting ME, Rebecca Grace! I went through the list of questions that I often send to my guests and pointed them back in my direction. So here we go --

Tell us a little about your new book.

Blues at 11 is a lighthearted mystery with some romance, some fun and ... of course, a mystery to solve. It's a fun story about what happens when a well-known Los Angeles anchorwoman is suspected of killing an ex-boyfriend. Complete with car chases through the hills above Brentwood, catfights in the john, and spiced with several sexy men, Blues had me laughing almost all the way through writing it.

How did you get started as a fiction writer?


I began writing fiction when I was a teenager and I kept it up all through college. I’d go for walks to the park with a spiral notebook and sit and write romance novels. My early stories were terrible, and mainly meandered without a plot going anywhere, but I kept at it. I eventually finished a book and it is still sitting in a box in my basement. I sent an early manuscript to Harlequin and was crushed by the rejection so I stopped submitting but I kept writing. I had a full time day job working in television newsrooms so I was writing non fiction every day, but I also really liked making up stories too.


Eventually I tried getting published again. This time I also took online writing courses and joined writers’ groups and eventually was able to get my work published.


Your books are set in the world of broadcast journalism. How much of your background do you use in your stories?


I spent 30+ years in television news so when I started developing stories, I found it was much easier (and fun) to set my books in that world that I knew so well. My characters are not based on anyone I know – I basically make them up, but some of the characteristics of people I've known are there. For instance, most news people I know, from reporters, to photographers to writers and producers are very aware of the world around them and very curious about things and people. We always want to know more, and gossip can become a way of life. Most also have a sharp sense of humor and aren't afraid to share our opinions.


I started out writing romance novels and short stories, but eventually I began trying my hand at suspense. I’ve always enjoyed mystery books and suspense, and it just seemed to work. Blues at 11 is my first straight mystery, and I’m almost finished with the second book about Kimberly and her adventures.


Which of your books you’ve written is your favorite book and why?
My first book, Love on Deck, which was a romance, will always be one of my favorites, because it was the first book published. But it was also about one of my favorite subjects – professional baseball. It was about a woman who sets out to be a baseball announcer and her involvement with a team manager.


I also really enjoyed working on Blues at 11, because it was the first time I had attempted to write a 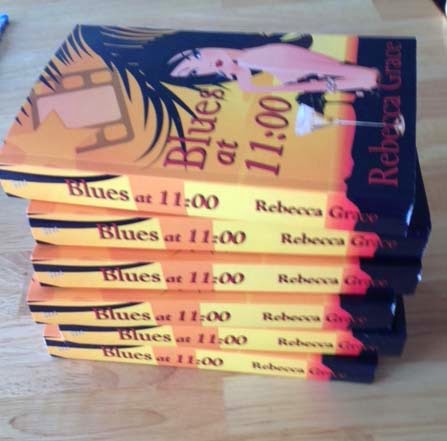 book in first person. Being totally in Kimberly’s head was not only fun, but it gave a whole new dimension to my writing.


Where do you get your ideas?


My ideas can come from anywhere. Small incidents can turn into scenes and sometimes those small incidents can turn into full fledged story ideas.  Blues came from a conversation I had with a friend in a bar after breaking up with a boyfriend.  We were sitting at the bar and coming up with ideas for murdering him and how to hide the body.  After a while the bartender came over and told us he wouldn’t tell the police what he’d heard when the body was eventually found. Well, that got me to thinking about what if we were someone who might be a familiar face, someone with money. The idea of turning a character into a well-known anchor just made sense and I was off and running. Setting the story in Los Angeles was easy because I had worked there for so many years.


How do you come up with your characters?


I am a big believer in fashioning characters who are individual and unique. To me my characters are real people you might run into any place, with real fears, dreams and quirks. I think that last thing is critical because everyone has something in them that sets them apart from others. And I like to feed on my character quirks, especially when writing something light hearted and that was what I wanted for Kimberly. As for the other characters in the story, I might take a piece of someone I know, but then I mix everything around so that each character is totally different. I knew I wanted Hank to be sexy, but I also knew that since I wasn’t going to be able to bring his thoughts out I had to show him through Kimberly’s eyes.


What is your next project?


I am always working on several things at once. Right now I am finishing up the second part of my Dead Man series, which is set in New Mexico, but I am also working on finishing up my next Kimberly story. This one is called Reality Blues, and it has been great fun to write. It brings in Kimberly’s mother to help her solve a crime.


So there will be more adventures with Kimberly?
Yes, definitely. I have several planned. I am having such a great time writing about her and her friends. They keep me laughing and I hope they keep readers laughing and solving the crime puzzle too.
Here is a blurb:
Kimberly Delagarza is a familiar face in Los Angeles. She can be seen nightly on the evening news. She drives a fancy car, lives in a house on the beach, and wears designer clothes. But now she is no longer delivering the news—she has become the biggest story of the day. The TV anchorwoman is suspected of murder.

No one believes she didn't kill her louse of an ex-boyfriend after he dumped her. Her next picture may be on a wanted poster, and her next home may be the Big House, with a wardrobe consisting of orange jumpsuits. The only man who can help her is a man she once wronged...