Baking Up An Adorable Romance

Spring is in the air, and it's time to get outside and go to the park or the mountains, or just get in some play time.  But then what could be better than curling up in a chair with a good romance novel when you get home?  We're continuing to look for new authors and more fun books to read.  Today our guest in My Writing Corner is Darcy Lundeen. 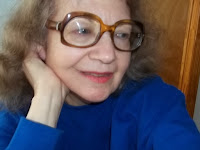 What made you want to become a writer?


As with so many other writers, the desire to write was always with me. When I was just a child, I kept incessantly putting pencil to paper (unfortunately no computer keyboard and monitor back then) and scribbling stories and poems. But when I got older, the view of all concerned was that being a writer was merely a pipe dream. So I visited a career counselor to get professional help. When I told her about my writing dreams, she waved them off, saying maybe I could do that as a hobby, but when I was an adult, I needed a “real” job. So she ordered one of those tests designed to pinpoint a person’s perfect career.

It pinpointed my perfect career as being a dentist in the Navy. Don’t get me wrong.  I have only the highest admiration for the brave men and women who serve in every branch of the military, and I greatly respect those equally accomplished men and women who study for years until they’ve acquired the skill to keep our mouths in tiptop condition.  But since I get motion sick from just thinking of bobbing around on a ship and since the mere prospect of looking at an infected tooth, let alone actually ripping it out of someone’s head, both leave me feeling seriously queasy, I figured the test results were a little less than accurate.

So I ignored them and decided to become a writer instead. And I actually had the good fortune of doing it (in a rather roundabout way, of course) by having a career writing research reports. So by following my heart instead of some test results, I not only remained a happier person, I also kept both the U.S. Navy and an unknown number of innocent toothache sufferers safer and healthier by staying as far away from them as possible.

A number of years later, I finally got the courage to take one of the stories I'd been writing in my spare time, polish it up, tell myself the worst that could happen was that the publisher would tell me if I ever sent them anything else they'd see that I was deported...to Mars. Then I sent it.

No, it wasn't snapped up by the publisher who joyfully insisted that my work was so magnificent it was going to zoom to Number One on the New York Times bestseller list as soon as it was released. On the other hand, I wasn't deported to Mars either. And a while later, one of my other stories was accepted for publication.

Tell us a little about your book, Adore Me, and where you got the idea for it.