A Gothic Romance for Summer Reading 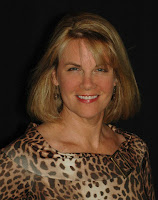 We are in the heart of summer reading now, and I've finished some very fun and engaging romances and mystery titles and I'm always looking for more. I hope you've found some treasures out there too. Among my favorite books are those with Gothic elements, and that fits the bill for today's guest in My Writing Corner: Sarah Andre, author of the new book, Tall , Dark and Damaged.


Did you always want to be a writer?


Since 2nd grade, when my teacher showed my parents a story I’d written and said, “She understands what makes up a story and that’s very unusual for this age. She’s going to be a writer.” As a middle child (3 of us in 4 years) I distinctly remember thinking “Ah ha. This makes me different. This makes me special to my parents.”


Where do you get story ideas?

I only know generalities. I knew in the first book I wanted the hero to be a disgraced Olympic skier hiding out in a tiny log cabin in CO (for some reason.) My latest romantic suspense I only knew I wanted to set it in the breathtakingly grand Chicago house my grandparents lived in when I was small. There were places in and around it that frightened me, so the story had to take on a Gothic undertone.


Love those gothics! Tell us about your writing process. Do you plot carefully or wing it?


I am the Supreme Goddess of Pantsers (bow down!) I never know what the next sentence will be, so I’m surprised a LOT! Seriously. Characters, plots, conflict…who’s the villain?? No clue. For example, the page I’m on right now (first chapter, new romantic suspense.) My art restoration hero is walking home from a bar at midnight. Black Escalade screeches up on the curb blocking him. Two FBI agents jump out, guns drawn. One barks, “Get in.” Hero shakes his head and says, “Not this time.” This time?! There was a last time? Why would the FBI want a mild-mannered restoration artist not only once but again?! What’s going to happen in the car? At headquarters? Later in the story? (If anyone has ideas, please email me!) It takes an enormous amount of faith to keep writing the next outlandish sentence, and the next, until the story ends. It’s a faith I still struggle with.


How do you normally come up with characters?


Their personality, depth and flaws appear in the revision process, I’m sorry to say. And it’s typical for my heroine to be a cardboard prop for my hottie alpha hero for many revisions until I can finally flesh her out and spice up their interactions. Although the more years I write, the more I’m constantly with my characters in ‘down’ times. Like swimming laps, I’ll think: “Sean would react like this to his brothers…” Or my husband will often say (in that tone), “Sarah, I’ve told you all this before,” and I’ll know I was in my writer daze and must have nodded, said ‘yep,” and didn’t hear a word.  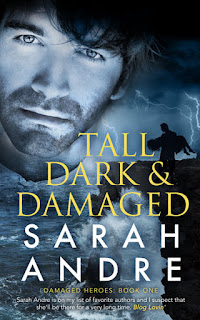 Tell us about your latest book and what made you want to write it?


As I mentioned above, it was in honor of my grandparents and their lovely mansion. I have many hidden personal pieces in there, like the hero’s great-grandfather invented Orange Crush. MY great-grandfather invented Orange Crush (and unfortunately sold off the patent right away or I’d be walking the rows of my Tuscan vineyards right now.) Hidden staircases and passageways, names of people in my life, the koi pond and apple orchard out front…it’s all from the seven-year-old inside.


How did you come up with your characters for this book?


I knew I wanted the hero to be the black sheep son of a billionaire (originally written in 2008, before the billionaire craze.) The plot surrounds what happens when he returns home twelve years after being disinherited and kicked out. Let’s just say a grenade going off would have done less damage! And I love movies like The Thomas Crowne Affair or Dan Brown’s novel The DaVinci Code…anything to do with art theft or hidden meanings and clues, so that was the original basis for my heroine’s job. Devon, my hero was SO flawed and emotionally damaged he slowly took over most of the subplots. Therefore, the cool art stuff will be in my next Damaged Heroes book. (The one I’m writing now…the one with the FBI kidnapping my hero….does anybody know why yet?)


What do you like best about your current hero?


How he never gives up. From the second he steps into his childhood home I hurl conflicts, heartbreak, betrayal on an epic scale…and he keeps getting back up and doing what’s right. Although sometimes it takes him awhile!


What about your heroine?


I like her grace. Her ability to juggle multiple disasters and yet take care of her family and employees no matter the cost to her. I like her growth at the end—being able to confront conflict instead of swallowing her anger and slinking away.


His Life Changed in a Heartbeat
Disinherited as a teen, Devon Ashby returns home twelve years later as a ruthless CEO, brilliant at negotiating deals, but emotionally stunted. In an instant all he’s struggled to build implodes. Amid the turmoil of saving his company from a hostile takeover, his engagement to a business partner’s high-society daughter hits the rocks. Compounding his troubles, he encounters his high school sweetheart, whose heart he smashed. The vulnerability she awakens leaves him at greater risk than all the crises he faces.


Her Dream Job May Get Her Killed
While restoring art in a billionaire’s private gallery, Hannah Moore is unwittingly drawn into the dysfunctional family’s confidences. When she discovers the rich developer behind her and her sick aunt’s eviction is the family’s black-sheep son—the lover she’s never gotten over—her desire turns to fury. Always one to avoid conflict, Hannah must stand up to Devon and the growing menace of someone who thinks she knows too much.


A Decades-Old Secret Turns Deadly
When a family member is murdered, Devon and Hannah become ensnared in sibling greed, festering jealousy, and a tragic secret that’s divided the family. Amid their reigniting passion they race to expose the killer before they become the next victims in this cat-and-mouse game of survival.


How can readers reach you or find you online?


Thank you for asking! And thank you SO much for the opportunity to be here today, Rebecca. Readers, please get in touch, I love chatting. (Especially if you are good at brainstorming!) JK…no, I’m not. 
Website  Author  FB Page Twitter

Thank you so much for being my guest today. Any comments or questions for Sarah?