Spring is the perfect time to travel the world and read romances from different lands. This week I am off on a reading adventure set in the mountains of Iran with author Judy Meadows. Her latest book from The Wild Rose Press, Escape from Behruz, really grabbed my interest so I wanted to ask her about her writing life and how she developed her ideas for this book. 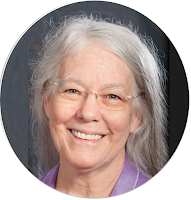 When did you know you wanted to be a writer?

Like so many writers, since I was a child. Since I was a young bookworm going to the public library in my small town in Minnesota with my daddy.

Tell us a little about your road to publication?

I wrote the draft of Escape from Behruz (just out from The Wild Rose Press) and two other novels in the early 90’s. Life got complicated, so I put all three manuscripts in a banana box, put the box in the garage, and focused on life (kids, husband, moves, jobs, etc).

Fast-forward 25 years… I wrote a nonfiction book, Touching Bellies, Touching Lives: Midwives of Southern Mexico Tell Their Stories, and sold it to the first publisher I sent it to. Researching it had consumed me for more than ten years. Writing it had consumed me for about four. So…when the editing was done and the publisher said, “That’s it; no more changes,” it left a void in my life. I missed my early-morning writing sessions.

I remembered those old romance novels that I thought were probably still out in the garage (even after three moves). I found them and read two of the stories. (One I knew was hopeless.) The story that became Escape from Behruz was my favorite, so I decided to resurrect it.

First problem: my original work had been stored on floppy disks. The disks were in the box, but I no longer had a computer that could read them. I had to find a floppy disk drive. Good old Ebay solved that problem, but it took a while.

While I was waiting for the disk drive to arrive, it occurred to me that maybe I should abandon my old work on the story. I’m so much wiser now (I reasoned), and I have the experience of writing and publishing one book under my belt. I could probably do a better job now.

So, I started writing the story again from scratch. After about 30 pages, I remembered how much work it is to structure a story. I got out the old original and read it again. I realized it was good! I loved the charming details my younger self had known to include. (The story is set in the Middle East. I was then just back from a year in the Middle East.) So, I plugged in my new old floppy disk drive and got to work.

The final result was probably about 70% rewritten, but the bones of the story and many of the little details that make a story sparkle are from the original. I ended up with a new respect for the woman and writer I was 25 years ago. 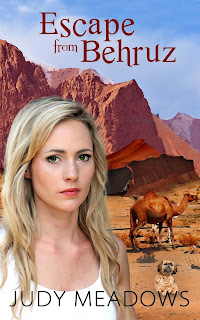 Where did you get the idea for the book? How did you come up with the characters?

My goal from the beginning was to write a secret baby story with a believable and powerful reason for keeping the secret. (I like secret baby stories but not ones that hinge on the fact that the hero “would never forgive her” if he found out she didn’t tell him. That’s not enough motivation for me.) All the plot elements and the character development were driven by my desire to come up with really strong and believable motivation for keeping the secret.
It turned out that not only does the father of the baby not know the baby is his, he doesn’t even know he’s the heroine’s. A powerful man with a powerful reason has claimed the baby as his own (but he lets the heroine care for him). If the she ever reveals the baby’s true parentage, she’ll lose her child forever.

So far, readers have found the premise not only believable, but gripping and very satisfying.

What a wonderful writing story!  How about a blurb from Escape from Behruz?

Rashid will escort Olivia and the baby through the mountains to Iran in order to escape the violence in Behruz, but he won’t let Olivia near his heart. Not again. Not after the way she trampled it two years ago.

Olivia accepts his help, but she has no interest in his heart. She’s never forgiven him for abandoning her when she needed him most. Still, she has to be careful. He mustn't learn that the baby the world thinks is heir to the Behruzi throne is actually her son. And Rashid’s.

Can they make it through the trek, sharing a tent each night, without giving in to the attraction that has always drawn them together? Can Olivia hold in the secret that could destroy her?

How can readers get in touch with you?

Thank you Judy for being my guest today.  Any comments or questions for Judy?