A Summer Romance from the Past 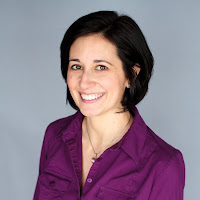 Summer is on its way and there is nothing like a good romance to heat up the days even more!  This week we travel to the highlands of Scotland for a romance that introduces two wonderful characters. The guest in My Writing Corner today is Jean M. Grant.

She is a scientist, part-time education director and a mom. Currently living in Massachusetts, she says she draws from her interests in history, science, the outdoors and her family for inspiration. She also enjoys writing non-fiction articles for family-oriented and travel magazines and has an aspiration to write children's books in addition to her novels.

In 2008, she visited Scotland, the land of her daydreams and she found it breathtaking so it is no surprise that she has set her latest book there. The title is A Hundred Kisses, and it has just been released by The Wild Rose Press. 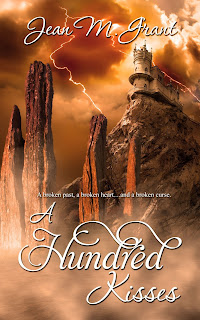 Deirdre MacCoinneach wishes to understand her unusual ability to sense others’ lifeblood energies…and vows to discover if her gift killed the men she married. Her father’s search for a new and unsuspecting suitor for Deirdre becomes complicated when rumors of witchcraft abound.


Under the façade of a trader, Alasdair Montgomerie travels to Uist with pivotal information for a Claimant seeking the Scottish throne. A ruthless baron hunts him and a dark past haunts him, leaving little room for alliances with a Highland laird or his tempting daughter. Awestruck when she realizes that her unlikely travel companion is the man from her visions, a man whose thickly veiled emotions are buried beneath his burning lifeblood, Deirdre wonders if he, too, will die in her bed if she follows her father’s orders. Amidst magic, superstition, and ghosts of the past, Alasdair and Deirdre find themselves falling together in a web of secrets and the curse of a hundred kisses…

Naturally I wanted to interview these fascinating characters.

Deirdre, please tell us about your life and your past.

Well, my past…my mother died when I was young. My father keeps arranging marriages for me and my husbands, well…I’d rather not say. I just pity the man he chooses next.

What is your unusual “gift” and what frightens you about it?

Just between us because I could be cast out as a witch and my father’s lands taken away from him, our clan ruined…but I can feel the lifebloods of people. The lifeblood is a person’s aura, their essence, their emotions. As much as Da pretends I don’t have this power, he uses it to his own advantage when the unscrupulous come to Hall.

How has it helped you or hurt you?

I fear that my ability to sense life has the opposite effect on my lovers, my husbands. I feel cursed. It has helped me weed out the righteous from the unjust though. I know who to steer clear from. In fact, there is a lifeblood so evil, so cold and deathly that emanates from an evil Scottish baron; it incapacitates me.

What do you wish most for in your life now?

I yearn to travel to the isle of Uist to learn more about my ability from my mother’s people, the Ancients of the isles. (sigh) And to find out why my husbands keep dying.

What are your feelings about this strange new man who has come into your life?

This man has a red hot lifeblood unlike any I’ve felt before. He baffles me. I sense there is more to his past than he lets on, but I find myself unable to escape his touch, his kisses, his presence…

Thank you, and now, Alasdair,  what about your past and what you want in life?

I’d rather not talk about my past. My mother’s dead. Died at the stake due to my father’s delusions and fears. Can we just move on to the next question?

What about this new woman who has appeared in your life?

She’s enchanting. There’s just something about her that mystifies me. She’s feisty, determined, and I feel this pull to her that almost seems surreal or predestined. She’s unlike the ladies I’ve met in court.

What draws you to her or frightens you about her?

She seems to know more about things and people than she lets on. It’s like she has this extra sense to know or feel things. It perplexes and scares me. Like I am under a witch’s spell or something. But I don’t believe in such nonsense

Thank you both! We'll have to read the final answers in A Hundred Kisses.
Here are the buy links:

Thank you, Jean, for introducing us to these great characters.  Any comments or questions for Jean?