Escape to the Wild West

With Spring in the air, we're looking for new books to read that take us outside to visit different new worlds and get away into great stories.  My guest today in My Writing Corner, Karen Hulene Bartell,  has just such a tale to do that. 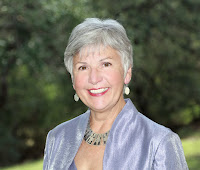 She writes multicultural, offbeat love stories that lift the spirit. Born to rolling-stone parents who moved annually, Bartell found her earliest playmates as fictional friends in books. Paperbacks became her portable pals. Ghost stories kept her up at night—reading feverishly. The paranormal was her passion. Westerns spurred her to write (pun intended). Wanderlust inherent, Karen enjoyed traveling, although loathed changing schools. Novels offered an imaginative escape. An only child, she began writing her first novel at the age of nine, learning the joy of creating her own happy endings. Professor emeritus of the University of Texas at Austin, Karen resides in the Hill Country with her husband Peter and her “mews”—three rescued cats and a rescued *Cat*ahoula Leopard dog.

What are the challenges of being a writer? Marketing and money are my two bugaboos. I love writing – losing myself in writing – but I’m not fond of the necessary marketing or the small rewards for the hours I invest.

Tell us about your road to publication.
I broke into publication through cookbooks. Before the age of computers and Internets, people relied on cookbooks, and I found them a lucrative start to a career in fiction writing.

How do you come up with your characters?
Mostly, they evolve. First, I think of the action. Then a character comes to mind. Sometimes, I search photos online, looking for the characters I picture in my mind. Then I refer to those photos to remind me of the color of their eyes or some other physical traits.

How do you come up with your plots?
I like to brainstorm with friends. I call it “Playing Dolls,” where we imagine where the characters go and what they do next.

Tell us about your latest book, The Wild Rose Pass.  What made you write it?
The idea for Wild Rose Pass started with West Texas’ amazing geography. Sixteen years 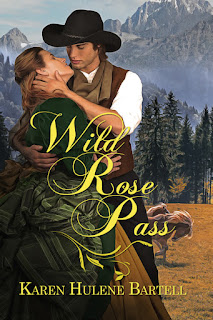 ago, my husband and I spent Christmas week hiking in Big Bend National Park. You’ve seen the area on maps—the southernmost tip of Texas that borders the Rio Grande and dips into Mexico.

Driving home, we missed the turnoff and followed TX-118 north. Snow-covered and glinting against the frosty blue January sky, a remote jumble of mountain peaks and ranges beckoned as they rose above the desert floor. I was enchanted.

A hasty glance at the map told us these were the Davis Mountains. As we approached, vertical basalt columns rose like thousands of giant fingers reaching for the sky. The palisades, buttes, and bluffs towered above both sides of Wild Rose Pass with a raw, majestic beauty, and I breathed a contented sigh, sensing a homecoming.

Then, when I learned a friend’s great-great-grandfather had not only worked for Fort Davis’ cavalry as an Indian scout in the 1870s and 1880s but had been captured as a child and raised by Comanches, an idea took root. The outcome of that budding thought bloomed into my latest historical novel: Wild Rose Pass, Book I of the Trans-Pecos Series.

What advice do you have for beginning writers?
Write every day. Keep the storyline fresh. Then, even while you sleep, your mind will work out the plot and characterizations.

How about  a blurb:
Cadence McShane, free-spirited nonconformist, yearns to escape the rigid code, clothes, and sidesaddles of 1880s military society in Fort Davis, Texas. She finds the daring new lieutenant exhilarating, but as the daughter of the commanding officer, she is expected to keep with family tradition and marry West Point graduate James West.

Orphaned, Comanche-raised, and always the outsider looking in, Ben Williams yearns to belong. Cadence embodies everything he craves, but as a battlefield-commissioned officer with the Buffalo Soldiers instead of a West Point graduate, he is neither accepted into military society nor considered marriageable.

Can two people of different worlds, drawn together by conflicting needs, flout society and forge a life together on the frontier?


Want more?  Let's get an excerpt:

Reining his horse between catclaw and prickly-pear cactus, Ben Williams squinted at the late summer sun’s low angle. Though still midafternoon, shadows lengthened in the mountains. He clicked his tongue, urging his mare up the incline. “Show a little enthusiasm, Althea. If we’re not in Fort Davis by sunset, we’ll be bedding down with scorpions and rattlesnakes.”
As his detachment’s horses clambered up Wild Rose Pass, the only gap through west Texas’ rugged Davis Mountains, Ben kept alert for loose rocks or hidden roots, anything that might trip his mount. A thick layer of fallen leaves created a pastiche of color shrouding the trail from view. He glanced up at the lithe cottonwood trees lining the route, their limbs dancing in the breeze. More amber and persimmon leaves loosened, fell, and settled near the Indian pictographs on their tree trunks. When he saw the red- and yellow-ochre drawings, he smiled, recalling the canyon’s name—Painted Comanche Camp.
“How far to Fort Davis, lieutenant?” called McCurry, one of his recruits.
“Three hours.” If we keep a steady pace.
Without warning, the soldier’s horse whinnied. Spooking, it reared on its hind legs, threw its rider, and galloped off.


As he sat up, the man groaned, caught his breath, and stared into the eyes of a coiled rattler, poised to strike. “What the…?”
Flicking its tongue, hissing, tail rattling, the pit viper was inches from the man’s face.
A sheen of sweat appeared above the man’s lip. “Lieutenant—”

If you want more and would like to read on, here are the buy links: