A Search for The Real Deal

What happens when they both start wanting a real marriage?

lived everywhere from a suburban house in a small town to a funky apartment in a big city, and from an architecturally designed estate deep in the forest to a cedar shack on the edge of the ocean. 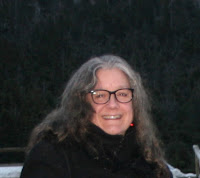 Everywhere she’s gone she’s been accompanied by her husband, her animals and her books. For the last ten years she’s worked as a freelance journalist and has won several awards. She says she was a fan of Jane Austen long before that lady was discovered by revisionists and zombie lovers. She also says she thinks Georgette Heyer was one of the great writers of the twentieth century.

Barbara says she lives by the philosophy that one should never turn down the opportunity to get on a plane no matter where it’s going, but deep down inside wishes she could travel everywhere by train.

Ironically, she now lives on an island that doesn’t have any trains at all.

Can I say writing? Apparently Victor Hugo used to have himself locked in a room with only a pen, ink and paper so that he’d be forced to write. Otherwise, he’d be out on the town having fun. Writing does take a lot of self-discipline. I’d be much more prolific if I had more (curse you, solitaire and facebook). Really the only thing worse than writing is not writing. At least that’s the case until inspiration strikes while you’re at the keyboard and then you feel like you have wings. It’s sublime. Also marketing. I really dislike marketing.

Like another more famous road it’s paved with good intentions. When I finished university I decided I’d knock off a romance for a bit of cash before writing a ‘real’ novel. Oops. The people at Harlequin saw right through me. I refuse to repeat the comment that cut to the bone but was absolutely spot on.

Later on I went into journalism, but I still heard fiction calling my name when I allowed myself some quiet time to listen. So I finally went back to romance and this time did it with a little more respect for the genre. That seemed to work.

Hmmm, maybe my road was paved with bad intentions.

Actually plots are my biggest problem. I love my characters – they often spring into my head pretty fully formed, although they need a lot of fleshing out. But then comes the problem of what to do with them. If I could just stick them in a room and make them chat for the entire length of the book I would be very happy. Alas, readers expect a little more than that. As I reader myself I fully understand and try to come up with something to move things along. I often talk it out with my husband or daughter and they can often come up with some useful ideas.

Counterfeit Viscountess is about a man and a woman who are forced to pretend they’re married in order to save the woman’s reputation. So they pretend to be in love to society and, when they actually fall in love, they pretend to each other that they aren’t. It gets complicated.

I wanted to write a really sweet story where the interaction between the two characters was all on an intellectual, non-physical level. That sounds so dry and unappealing, but they really fell for each other and the conflict in the story was all about them keeping their hands off each other. If they hadn’t been able to do that everything would have gone wrong.

Write. Then write some more. However, don’t be too quick to publish. It’s so easy now to self-publish and I’m all for it, but sometimes when you get rejected by a publisher it’s for a reason and you should pay attention. Hone your craft. I know quite a few writers who are quite embarrassed by their first (or second or third) efforts. They’d be a lot more embarrassed if those efforts had been out there on amazon for the world to find.

What’s your next project? (or What are you working on now?)

I’ve got a couple of things on the go at the moment. I imagine most writers do; it’s a way to stave off writer’s block. If things aren’t going well with one project then try writing the other one. It often works.

I’m currently working on a collection of loosely tied together Christmas stories set in Newfoundland, where I live. I’m also working on an old school locked door style mystery set in Manitoba, where I once lived. 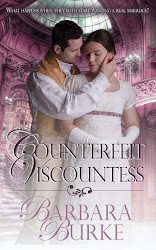 Saxon must travel to London for the season, when all she really wants is to stay in Ireland and breed horses. But a carriage accident leaves her unchaperoned at a posting inn.

Dashing Christopher Hawking just wants a bed for the night. He didn't expect to find it occupied by a beautiful woman or to be caught sneaking out of her room. In the light of day, a London-bound member of the ton finds them together.

Attraction flares between the two in spite of themselves. But how will they save Caroline's reputation and calm the storm of the ton's gossip?

When they were alone again and the tea distributed, Christopher and Caroline did their best to explain to Eleanor the events of the morning and the evening before.

Eleanor listened without interruption, contenting herself with the occasional raised eyebrow as her only commentary on the convoluted tale. When they had finished she turned to Christopher and remarked, "I must say, it seems quite foolish to have allowed Annabelle Winthrop of all people to discover you. She's a complete pea goose and she won't take kindly to Miss Saxon's appearance on the scene. She's been setting her cap at you forever."

"I didn't exactly do it on purpose," Christopher was stung to reply.

"On purpose or not, it's got you into a great deal of difficulty which could have been avoided if you had taken more care."

Recognizing the signs of temper on Christopher’s face, Caroline interjected quickly. "Indeed, Lord Saxon did everything he could. If not for his quick thinking, we would have already come to ruin. You really cannot blame him for the presence of Miss Winthrop in the same inn where we were staying."

"Nonsense, I can blame him for anything I wish. I've been doing it since he was a baby and very handy it's been as well. It's one of the only advantages of having a younger sibling."

The fond smile she bestowed on her brother precluded any sting Caroline, less used to the ways of siblings, might have imagined such a comment implied, as did Christopher’s bland acceptance of her outrageous assertion. Though she had watched, and frequently envied, the comfortable, if often fractious, interaction between the brothers and sisters she’d played with as a child, she clearly had much to learn about family relationships when adulthood was achieved.

“However, I suppose there’s nothing we can do about it now,” Eleanor conceded, magnanimously. “But mind, Christopher, I’ll expect you to take a great deal more care the next time you break into a respectable woman’s bedroom.”