It's the beginning of a new year and what's better to a reader than finding new books and stories to enjoy as well as new authors to read. One series that I've been looking forward to reading is the new Wylder series from The Wild Rose Press, and it's my great joy to today to introduce one of the authors. This week, let's get 2021 off to a great start with author Glenda Thompson. Her newest book is Broken Toys that just released last month. 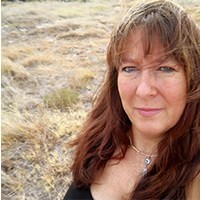 Welcome, Glenda. Tell us, what is the inspiration behind Broken Toys?

Okay, this may be a bit macabre but… a friend of my husband, Darlin' owns a crematorium. The friend gave us a hip replacement implant that no one claimed. Darlin’ was examining it and one end comes to this sharp point. I had just come home from having a tire replaced on my truck. When I saw the point, I told Darlin’ that could do a ton of damage to a tire. About the same time, two calls came across his radio from dispatch—one for a missing child, the other for a complaint about Travelers scamming the elderly with roofing and driveway repairs. It just kind of clicked in my brain and Broken Toys was born.

How about a synopsis?

Texas Ranger Noah Morgan has his life together—with a great job and the girl of his dreams. Too bad it's all based on a lie. A single phone call threatens to bring it all crashing down. After an irate citizen complains shoddy workmanship has left him with a booby-trapped driveway, and the local sheriff's 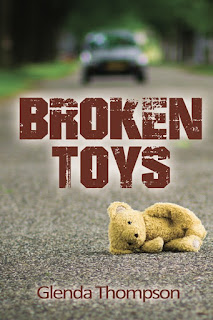 office is too busy to respond, Noah takes the call. The investigation of local scam artists uncovers a human trafficking ring, Noah fights to avoid being swept back into the sights of his murderous family—people he escaped at the age of seventeen.

Now would be a good time to point out that Broken Toys is fiction. The characters, the county, all of it, come from my imagination and are not based on anything or anyone in Atascosa County.

hat is your favorite part about Broken Toys?

The characters… they’ve been living inside my head for so long sometimes I forget they are not real people. They are the ones that have been tapping on the inside of my eyelids when I try to sleep nagging me to tell their stories. Several characters in Broken Toys will be getting their own books soon.

Is there a message you are trying to get across to readers in your book?

I have two messages in Broken Toys. The first is to bring awareness to human trafficking. It can happen anywhere, anytime, to anyone. We need to be more observant of our surroundings. Keep an eye on our children, our friends, and family. Keep everyone safe. We need to trust our guts. Yes, that kid throwing a fit maybe just having a temper tantrum, but he or she might be in the process of being snatched as well. Teenagers make easy targets for “Romeos” who sweep them off their feet making them believe they are “in love.” If it doesn’t feel right to you, say something. Especially in today’s environment of everyone wearing masks. It’s so easy for a child to disappear in a split moment.

The second message is to be true to yourself. Own your identity. Be who you are meant to be. Don’t be afraid you have to pretend to be someone else to be loved. If you love yourself, others will love you, too.

Tell us a little about your hometown, family, husband/children, etc.

Be careful what you ask for. I love to brag about my family. I’m a sixth-generation Texan with Scottish roots. My Grandma used to tell us the family came to Texas before there was a Texas.

I was born on Galveston Island and grew up near the coast. Summers were spent on the beach and shoes were worn only under protest.

Darlin’ (aka Constable Cregg Thompson) and I have been best friends for twenty years and married for eighteen. Between the two of us, we have three daughters, two sons, three sons-in-law, and two daughters-in-law. We also have eight grandchildren ranging from six to almost eighteen. I tell people all the time that our grandchildren are my reward for not strangling our children when they were teenagers.

Darlin’ and I currently live in Charlotte, Texas with three dogs and too many cats to count.

This is your first book, correct? What are you most excited about?\

Yes, Broken Toys is my first published novel. I have a drawer full of partially-finished manuscripts so I would have to say I’m most excited that I finished it. LOL. For the majority of my life, I have had two goals. To see my art hanging in a gallery and to have a book traditionally published. I have now achieved both.

Do you have any advice for young/new writers?

Trust in yourself and just write the story. Don’t get too wrapped up in finding the perfect word in the first draft. As a matter of fact, I call my first draft the “vomit draft” because I just puke the words out on the page. The first draft is telling yourself the story. Don’t expect it to be perfect. Heck, don’t even expect it to be good. That’s what the next drafts are for. Just get it down on paper or on the screen. You can’t fix what you don’t write.

Tell me a little bit about the second book you are working on.

I’m actually working on three more books right now. I keep bouncing between them depending on my mood.

The first is a complete departure from Broken Toys. Wings Over Wylder is a historical romance set in the Wyoming Territory in 1879. The Wright Brothers flew the first aircraft south of Kitty Hawk, North Carolina on December 17, 1903. Except they didn’t. The first coil-powered aircraft was flown in Luckenbach, Texas on September 20, 1865 by a schoolteacher Jacob Brodbeck.

The other two, Broken Dreams and Broken Minds, are stories following secondary characters from Broken Toys through their own challenges and dark secrets.

Thank you for being my guest today, Glenda, and for taking us to Wylder and introducing us to your characters.

Here are the links to get in touch with Glenda and see her books: