Today's guest in My Writing Corner is one of those writers you always want to meet because they always seem to be on the go. Whether it's a new project or a teaching experience, well, she always seems to be busy in the writing world--so busy she works under several names.

BETH HENDERSON tells us that she spent a dozen years writing and rewriting the same three books during the 1980s. Well, all those rewrites did pay off with a romance spinning career that is now 31 years long.

Contemporary romantic-comedy and 19th century historical romantic adventure are her forte. In writing 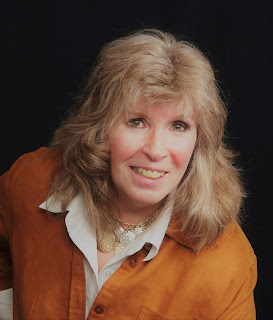 historical fiction, in particular, she tells us that she likes to add mystery, which which her new book, Until . . . clearly shows.

As Beth Daniels she is a frequent online fiction writing workshop presenter with Savvy Authors and various RWA online chapters. This month she celebrates 31 years since her first novel was published. Until . . . is her 30th romance but the 32nd published title. There are already three other completed manuscripts waiting for their turn in the spotlight.

When Talmadge Hammond drifts into the Idaho mining camp he has no intention of using his law degree. He’s there for whiskey and the gold he can win at cards. Instead, he must save the life of the woman who’d once vowed to love him until… 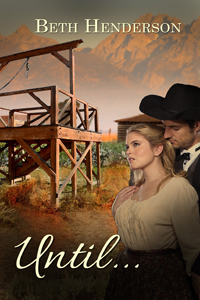 Noletta Kittridge begins that day covered in a man’s blood and accused of murder. She has sinned to stay alive. Redemption can come only by giving her life to save the person who accidentally killed the man. Even Tal’s reappearance in her life can’t revive Letty’s will to live.

Determined to keep her from the hangman’s noose, Tal must either convince her to tell who did kill the victim or solve the mystery himself. If he fails, he and Letty will finally reach that unvoiced destination beyond until…

Want more?  I did, so I asked Beth if I could interview Talmadge. He sounds like one of those characters we won't soon forget.

What do you want most out of life?  (what is your current goal?)

Once I would have said what I wanted my life to be would have been a successful life as a lawyer in Boston that included a wife I couldn't wait to go home to and probably children. Then I met Noletta Kittridge and fell in love. The career was going great but her parents were holding out for a son-in-law from their own level in society, not some nobody from a small town who was making waves in Boston's legal circles. Then the war came and rather than get swept up in a conflict where I didn't agree with either side, I left Boston, headed for Canada and points west. Letty lacked the courage to run away with me though she told me she'd love me "until..." Two years have gone by since then. Thought I'd never see her again. Then I walked into a scraped together mining camp in Idaho Territory and there she was -- freshly covered in a man's blood and accused of murder. What I want most out of life right now is to prove her innocent and save her life.

What frightens you most about being involved with ??(the heroine/hero)

What scares me most is the fact that I know she knows the identity of the real killer and won't give their name up to save herself. If I can't sort through what facts I've gathered and discover the name on my own, Letty goes to the gallows and I'll be helpless as so-called justice is delivered.

What do you find most appealing about her/him?

As irritating as it is considering the herculian job ahead of me, I can't help but admire her gumption in being ready to sacrifice herself for someone who, although they shot a man dead, she believes has more reason to want to live than she does and isn't giving them up. Back in Boston, it was her beauty, her spirit, her intelligence that I admired. But this is a different woman, one who has gone from the heights in Eastern society to surviving in the wilderness by joining the only profession open to her, that of a soiled dove. It's forged a new element in her makeup, one that was probably lacking in it before. Yeah, it irritates the hell out of me, but it also makes me damn proud of her.

Thank you, Talmadge, and a big thank you to Beth for introducing us to her latest book! If you want to know more about her and her latest work, here are the links:

Again, thank you for being my guest.  Are there any questions or comments or questions for Beth?