How many writers have trouble getting started with writing a book?  A good many! Beginning a book can seem overwhelming or it can also seem very simple when the first page presents itself, but then the next words won't come.  Why can't YOU get a book started?

Before you say you can’t start that first draft until you have the perfect first line and first few paragraphs, my advice is don’t worry about that. You will never get your book written if you worry about making everything perfect as you go along. No, the purpose of the first draft is to get the story on the written page. I can’t say it enough--the first draft doesn’t need to be perfect. Once you have started writing, you may go back later and find that the perfect line was contained in your first paragraph. You just didn’t put it in the right place. But at least you wrote it, and now you have it for the future.

The point is getting started writing. You can do it.

First let me begin with the simple statement that there is no right or wrong way to write a book. What I try to give you are ideas and options and even if some of what I offer are the so called “rules,” when it comes to writing, each author is different and must choose the best course for him/her to get the book written. 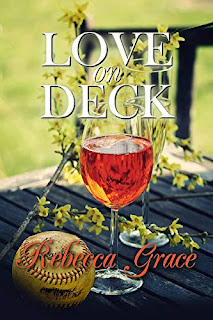 For me, each book I write is different and I often end up writing different books different ways. Like my characters all my books have individual, unique personalities. In some cases I was able to turn out a book in three months, at other times it took several years as I went back and changed and perfected things. In one case, I kept the characters and put them in different circumstances. The second version of that book was the first book I sold.  In another case, I kept the premise but totally re-wrote the book. I first wrote it twenty years ago around a certain idea. When I looked at it later I still loved the idea, but the writing was horrible. I tossed out the entire manuscript but it eventually did get written and published.

Look for what works best for you and use that. There are no magic formulas. But I will repeat the statement that unless you get something down on the page, you will never finish the book, and that is where the first draft comes in.

Thriller writer Bob Mayer says don’t worry about how awful that first draft might be, anything can be edited or fixed. Nora Roberts says you can’t edit what isn’t written. Janet Evanovich says the great things about first drafts is that this is the one time in your life you don’t have to be perfect.

So let’s consider what you do need to be aware of in writing that first draft. What should you keep in mind as you write it--terrible or not.

Others turn in their first draft as the finished product. Again, look for what works best for you and then write it that way.

Some things you do want to set up in your first draft:

1. Characters -- give as much detail as you can. Keep in mind you can always remove things or move them around and place them later in the story.  I always name all my characters, even the minor ones with the idea that I can change their names later if I don’t like them. If you’ve done your story charts you should have a good idea of who your characters are by now and  they might surprise you as they begin to take shape in story form.

2. Setting -- provide a good idea of where and when your story is taking place. Again you can go back later and use that to give you an idea of what you want to include in your story. This is especially true if you are writing fantasy. You will need to provide a good picture of the world your characters inhabit. If you include some of that detail in your first draft you can always look for ways later to spread out the description over pages so that it doesn’t all come at once in one big information dump.

3. Premise -- you do want to get the story problem introduced early in the story so look for ways to do that in your first draft. Again, you can fix details or move things around later as long as you begin to define what your story is about. If you have written up your plot with plot points, an outline or story board, or even have a general idea of where you’re going, you should be able to bring it into play to get the story going.

If you do have a detailed outline, you might even want to begin with that and then just expand it, just as Suzanne Brockman does. As I’m mentioned before, you might also start with your plot points and then write the scenes around each of them and start stringing them together or do the same with chapters.

Those are the things you need to look to include in your first draft. What don’t you need to worry about:

1. Don’t worry if your first draft is not complete or if you don’t include things. If you get toward the middle and you realize there were story plot lines or elements you should have placed up higher, you can always make notes to include those things or scenes in editing. Sometimes I keep a separate word file where I’ll make a point of things to fix in the re-write or second draft.

2. Don’t even worry about your spelling on that first draft. Again, you can always run spell check later.

3. Don’t worry about coming up with just the right phrase or perfect metaphor. That is what editing is for. Again, you can spend time thinking things through during the re-write or edit. Sometimes I find myself surprised at how well written some of the sentences are in my first draft. Other times I cringe -- did I really say that?

4. Don’t worry about showing this first draft to anyone--whether it be a critique group, your husband/wife, mother or sister/brother. You can, of course, but keep in mind, it is a rough draft, meant to be fixed. Don’t take their criticism as a death knell to your work.

5. Don’t worry about how long it takes you. Some writers can churn out ten to 20 pages a day. Others struggle to get one done. Again, keep writing. It’s the only way you will get the story on paper.

6. Forget the past. Don’t start to panic if you feel that your new book sounds just like that last story you wrote, or if you’re re-using phrases that you loved so much last time. Again, this is what editing is for.

7. Don’t obsess on page counts. As I noted before, some writers are faster than others. The point is to keep going. You may also find that some days you too can turn out huge amounts. On other days you might have to pull the words out of your pocket!

8. Don’t keep revising and revising. Yes, sometimes it pays to go back through the last five pages when you start out the next day, but read them over and make minimal changes. Use that read over to re-acquaint yourself with where you are going. What you don’t want to do is get fixated on “fixing” those pages. It can cost you your spontaneity and you’ll find yourself constantly re-writing instead of moving forward.

And while we’re discussing writing and re-writing, let me bring up another trap many beginning writers fall into.

One of my writing friends had a thing about entering contests. As a result she had her book outlined and a synopsis written, but she didn’t go much beyond writing the first three chapters. She kept rewriting them to get them perfect in order to win or final in a contest. Then when she would get feedback from the judges, she would rewrite those chapters again and re-submit to more contests. In the end, she finally gave up trying to write a novel because she could never finish the book. However she did final in numerous contests. She even won a few.

Another friend (who did eventually get published) kept rewriting her first three chapters to submit to agents and editors. She did the same process as the above friend who was entering the contests. She would receive feedback and then try to re-write to the agent or editor recommendations (when she got them -- most of the time she simply got rejections). Luckily she did keep improving her writing and in the end she didn’t complete her novel until someone asked for the full manuscript. Then she wrote that first draft in two months. Of course it was rejected, but she had a finished product and then she was able to edit and eventually sell it.

Don’t get caught in that situation. It’s wonderful to polish those first three chapters for contests or to submit, but don’t get fixated on them. The morale of both these stories is that contests and submissions are great, but you won’t get published until you have a full book to offer and that is where first drafts come in. A first draft is still a full book and a starting point.

The bottom line of writing your book is you can't finish it if you don't start writing the story. Enjoy the summer and let's get some writing done! Any comments or questions? Please visit my websites at Rebecca.Grace.com or for more writing tips, visit Writethatnovel.net 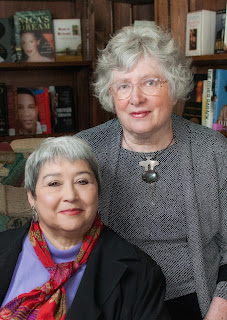