Not long ago I ran across an old email from a writer who suggested using the “writer's eye" to view the world as one way to improve writing skills. The suggestion got me to thinking and the more I thought about it, the more I realized it wasn't enough to simply use your eyes as a writer. A better way to phrase that idea would be to view the world through all of a writer's senses.

As a journalist, I often stood back and viewed a situation as simply facts to gather as a way of writing how an event or situation might impact people. Now, as a fiction writer, I may step into that world of being a removed viewer, but now I tend to see things from a much different angle. Instead of impartially viewing events and writing about them, I must step in to bring my characters emotionally into them. My training as a journalist has made the writer in me much stronger because it has honed my ability to absorb and dissect what I’m seeing, hearing and sensing. Before I had to remain impartial. As a writer I also have to remain impartial – but my characters aren’t. They must step into that world and react to it. 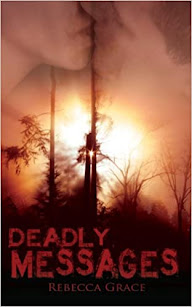 them as they occur. Then later, the fiction writer plays them back, but in a much more rich and embellished way. The fiction writer in me gets to call in emotions and look at how scenery, an event, even a conversation affects the characters personally and emotionally.

That means looking at everything around me, feeling the energy of the moment almost every day and taking in as much as possible, recording it as a journalist, but then playing it back as a fiction writer, using all my senses at my own leisure. As such, I am making time to pause for a few minutes at various moments during normal days to reflect on the world around me and how a character might see it..

I find myself watching the distinctive gray of a winter day, but I don't simply see the murky gray dawn, I make myself feel it—record it through my senses for use later in a book or short story—the chilliness that nips at the nose as I step outside on a frosty morning, the hint of rose tinged clouds that I see on the eastern horizon. I let myself absorb the cold, feel it in my fingertips, let the wind bite my cheeks. It might be just an ordinary day, but if I can take the time, just a few minutes to record everything about that moment in time, I can use it later from memory, just when I need it. What are my emotions? Do I feel more alive because of the biting chill, or do I want to just go back inside and hunker down in front of a fireplace?

What about the recalling the feel of the cool ocean air on a walk on a cloudy day? I often look at my old pictures to bring back some of those old memories to make a scene come alive in my mind as I write. 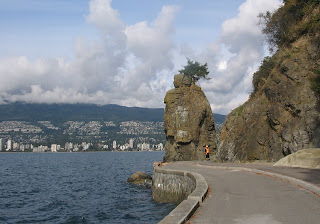 I find myself doing the same thing in a busy coffee shop—mentally recording everything around me using as many of my senses as possible to be used later: the hum of conversation, the scent of coffee or cinnamon rolls; the strong taste of the coffee, the cold blast of winter every time the outer door opens, the sting on my hand when I spill my hot coffee. I watch the people around me too, in case I need to describe a gesture later or think about how to put life into an otherwise dull scene by describing the antics of a two year old rushing from one end of the coffee shop to another, making a number of people nearly spill their lattes before her mother grasps her hand and locks her into a stroller. There’s the student in the corner in a knit hat and bulky sweater, tapping frantically at a keyboard, while taking sips from their tall cup of coffee. I catch snatches of the conversation of a businessman on his cell phone, setting up his day with someone already at work.

At a business meeting that is growing boring, I don’t simply tune out and think about what I should be doing. Instead, I begin thinking about how I would characterize the carefully dressed woman with the out-of-date hairdo in the third row or looking out through the windows and thinking about how to visually express the scene outside. I even think about how to correctly describe the droning tone of the speaker. I listen for the cadence of the speaker’s voice, or the screechy voice of that person behind me when she asks a question. All these things can be pulled into a story later, from the bored look on someone’s face to the flush on the face of a late arrival.

These are small examples of a normal day, but that’s part of the point. If you can apply your senses to wherever you are, even for a few moments, and if you either write up the scene later or recall as much as you can as an exercise, it’s going to sharpen your skills as a writer. When I was writing my romantic suspense, Deadly Messages, I often called up thoughts of the days I spent in Vancouver, BC, where my opening scene takes place. Even when I was working on a sequel, I would often look at pictures of my days spent in the city and its famed Stanley Park, recalling the feel of the cool, moist air or the cry of the seagulls while sitting outside on my deck in sunny Colorado.

Absorbing the world around you on a regular basis can enliven your writing. I like to think of it as soaking up the ambience of wherever I am, and I’ve always made a practice of doing that any time I visit a new place or find myself in an unusual location or situation. But now I am working on doing it as part of my daily routine. Soaking up or sucking in the ambience I call it.

If you’ve worked at sharpening your senses on a regular basis, then when you visit that mansion you want to use in your historical, or when you are personally caught in the middle of a scene you want to use later in book, your senses will be sharper and you’ll be ready later when you want to put  all the information into your book or short story. Soak up your surroundings. You never know when they might come in handy!