The sweet holiday season is coming into full swing, and this week we are offering yet another sweet cookie treat for readers. My guest today in My Writing Corner is author Jo Hiestand. She has been my guest in the past, and today she brings us another new offering that should delight readers during the coming holiday season . Her newest book is Death by Gingerbread Drops, which is part of her Linn House Series. She tells us her heroine is in her mid fifties, has been divorced for a little over a year and is trying to make a go of her business on the banks of the Mississippi River. 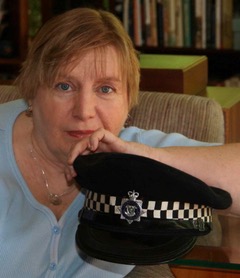 Let’s start with a blurb:

When Rona Murray, owner of Linn House Bakery, enters her town’s charity Christmas cookie auction, she has no idea the evening will end in a person’s death. To open the auction, emcee Angela Hermitter samples the new cookies of last year's winner and seconds later drops dead. Evidently sugar and spice are not always nice. Had someone baked to kill, or had Angela been sick? Rona has questions, and turns up the heat on people with ties to Angela. It’s then that she realizes her ex-husband, Johnny, still loves her. But is his love enough to protect her from a killer who has his or her own recipe for murder?

Want more? Let’s check in with  Rona herself and ask about her latest adventure.

Rona, do you know many of the people who have entered the auction?

As for specific folks associated with the auction... there’s Chad Trask. He’s the owner of Dante’s Café, where the auction is held. He donates the use of his café, so for the evening. Angela Hermitter is the emcee of the auction. And of course Debbie Weingarten works for the auction committee here in Klim. And there’s Glenn, a deputy sheriff. Most everyone in town seems to participate one way or the other. 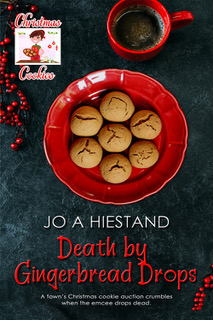 Why do you want to find out who killed Angela?

Several reasons. First, I liked Angela and I’d like her killer to be held accountable and be punished. Second, it’s purely personal, I’m afraid. I’m the prime murder suspect on Glenn’s list. I’d like to clear my name. By proving my innocence, that also bolsters my bakery business. People don’t want anything to do with a murder suspect, so they shun me and my company. I had the same problem three months ago, in September, when I was suspected of drowning a woman near my home. I was angry that suspicion fell on me because I knew I didn’t do it. But I was also afraid if my bakery and catering business lost too many customers, I’d lose my livelihood.  It’s a scary situation to be in.

What other questions do you have about her death?

Obviously, I’d like to know if she was murdered. I don’t know if Angela had health issues. That would ease a lot of folks’ minds if she did. But if it was an intentional taking of her life, I’d like to know how she was killed. That would ease my mind greatly. But I think the most important question I have, which most everyone has, is why. Why was she murdered? Killing someone is such a terrible action. What had she done to the killer to make him or her strike out and take her life?

If she was murdered, do you think you are in danger too?  If so, why?

I think having a personal connection, such as Angela and I had, to anyone who dies in mysterious circumstances makes many people nervous. You know—if it happened to Angela, a nice woman who minded her own business, it could happen to me. I realize many of the bakers who supplied cookies for the auction are wondering if the murder—if it comes to that—was really intended for Angela, or if there was a mistake. It’s a scary idea the person could still be waiting to strike again.

What happened to break up Johnny and you?

We got divorced a year ago this past June. I’m afraid I wasn’t ready for marriage, or mature enough, if I’m honest with myself. I misread his remarks. He has a very dry sense of humor and I thought he was finding fault with me. Now I know that our divorce was the biggest mistake I’d ever made. Older and wiser, as the saying goes.

How do you feel about him now?

I was suspicious when we met again this past September. I still believed the worst about him, still thought he was making fun of me. But he was sincere. He wanted to get back together. During the ensuing months, I’ve realized he loves me and has never stopped loving me. And I realize I still love him. Always will. And that’s a wonderful thing to hold on to, especially through this turmoil. I’m lucky I’m getting a second chance at love.

For a closer look, let’s  go to the videotape!  Watch the trailer for Death By Gingerbread Drops

If you would like to find out more about Rona Murray's other escapades, here are Jo's buy links and her social contacts:

Jo, thank you for being my guest today and allowing us to learn more about Rona Murray’s latest exploit.  Does anyone have any questions or comments for Jo?