Every week writers visit My Writing Corner to discuss their new books and to tell readers a little bit about themselves and how they began the writing process.  This week I am turning my spotlight around. For a writer, one of the best parts of being an author (besides getting to play with all those characters roaming around in our heads and visiting places around the world in our mind, is seeing our work placed before readers so they can share our journey. This week I get to share a new journey with readers as my latest book is released. Seeing that book for sale is another goal for writers.

My newest book, Secrets of Sara is now available to readers so you can also visit the special world I had the opportunity to create. I have to admit, for me, one of the best parts of writing is being able to share that special world with readers, transporting them to the places I envision in my head, and introducing them to those characters who inhabited only my mind for years. 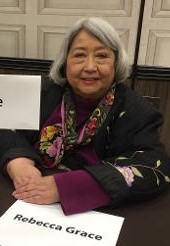 First, let me begin the way I normally introduce my other guests who visit My Writing Corner. I often like to say that writing has been my chosen way of life for decades. Beginning from my teenage years, fiction books and non-fiction writing have been my major focus. I began devouring anything I could read in my teenage years and even spent summers walking to the library every week, checking out at least two books a week to read. From spy novels to romances to historical fiction, those books were my constant companions.  At the same time, I began making up stories, writing down in a notebook the latest creations that came to mind. While I read books in all genres, the stories that I wrote were in the Romance and Romantic Suspense genres. (though I had no idea what those ideas even were at the time) I simply knew I fell in love with the characters and I wanted to see them prevail no matter what sort of obstacles I gave them. I created plenty of dilemmas as I scribbled away in notebooks of all shapes and sizes or just plain old notepaper. In later years I got my first typewriter and began typing them up. I spent weekends writing fiction. In one of my apartment buildings, people knew me as the “typist” because they would come by my door on the way to the elevator and I always seemed to be “typing” on weekends.

Even now, I like to say writing has been my way of life because I seem to be writing just about every day. That way of life began in college where I pursued journalism as a career and got my first job on the college newspaper. We put out a paper five days a week so that meant I had to turn out a story a nearly every day and thus my life began ad a daily writer. Weekdays I turned out news stories and on weekends I wrote fiction. I even learned the meaning of “breaking news” in that job when someone burned down the oldest building on campus following a week of protests. We all came in to work and turn out a special edition of the paper. I still have a copy of that paper and I’ve never forgotten it even though in later years I would have to work other “breaking” news stories all the way from Mt. St. Helens (working in Seattle at the time) to the Los Angeles  riots, to several earthquakes and major fires. As a newswriter and producer and even as a newsroom manager, writing stories was a daily way of life.

My nonfiction life and my life of writing fiction have now converged and solidified in the past twenty years as my fiction work began to get published. My first fiction appeared as a short story in an anthology and that was followed by my first fiction novel. But I never have forgotten my journalism career. Many of my stories or characters come from that world I knew as a journalist and that career gave me a solid foundation in writing.

One of the questions I often ask writers who visit my blog is “what advice do you have for other writers?” My answer to that question would be SIT DOWN AND WRITE. Make it a habit. Writing fictional stories does not come easily, but if you make writing a daily habit, the stories and characters will come. In my first days as a newspaper reporter, I often started by writing the story down by hand. Working against a deadline changed that. And working in a fast-paced television newsroom demolished it. There was no time to “write out a rough draft. Many times it was difficult to “think” it out in advance. With the clock constantly ticking on the wall, viewers weren’t going to wait for a story to suddenly come to me. The story had to be written and ready to air.... sometimes with only minutes to spare. There was no time to wait for the “muse” to show up.

Even now I find myself able to sit down just about anywhere, any time and write. It has become a habit. I can sit in a crowded airport and write, in a quiet library, or in a room full of other writers. Practice your own writing habits and see what works best for you and then embrace it. Sit down at the computer and write. Do it every day. Oh, I still do write things out by hand at times, but that is a fun endeavor. I have always carried a notebook in my purse wherever I go. Often when I would be at lunch, whether in an airport or restaurant, I would get an idea for a scene. I’d write it out by hand and take it home to be placed in the book.

One thing I have learned over all my years of writing. Imagination is always with you, so always be ready to write! Always be ready to deal with those characters who keep popping up in your head. Give them their story.

That brings me to my final point – the joy of seeing your book become available to the public. My newest book, Secrets of Sara, was last week and it’s a story that started as a short story and evolved into a full novel. It is set in southern Colorado (where I grew up) and it came from an idea that  hit me while traveling through the plains of eastern Colorado.

When Marianne Lopez arrives in the small Colorado town where she was born and raised, she knows she must face Brad Calhoun, the man who once broke her heart. Rancher Brad Calhoun has never forgotten the special time he spent with Marianne, but he also knows they want different lives. Deserted by his mother and an ex-wife, Brad wants only a calm life to raise his children. Both carry memories of a night of stolen love… and a special connection that draws them together.  But there is something…or someone… watching them… Do the secrets of Sara hold the key to their future?

Thank you for visiting my blog and I hope you enjoy Secrets of Sara.

My next book, Dead Man’s Treasure will be released soon. If you would like to learn about my other new books coming out or to contact me, here are my social contact and buy links:

If anyone has any comments or questions, I am ready to reply. Thank you all for joining me in My Writing Corner.