Escape into a Suspenseful Romance 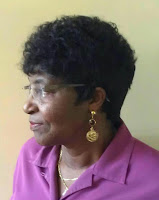 Joining me today in My Writing Corner is author G. E. Taylor.  Tell us a little about yourself and your journey to publication.

I became hooked on reading romance novels during my teen years and my attempt at writing began in high school. All of my manuscripts were mailed under my bed. Eventually, I threw out most of them. That was painful especially since I’d hand written them first, then typed them on my old typewriter.


In college I majored in English but ended up with a Master in Social Work and a Master in Education.
Though I had these different career paths, I never gave up my passion for writing. Now I’m much more committed to it and writing full time. I’ve drawn on my years of practicing social work to give my work authenticity and realism. I live in New Jersey with my family.

Your newest book is Desperate Decision.  How about a  blurb?

Allison North's flight to freedom is desperate and dangerous. As she scrambles into the stranger's car she prays this is not her last day on earth. Usually not a gambler, this move is high stakes gambling. Bruised and batter and with no money, she needs a place to hide and heal until she finds work as a pastry chef. When the stranger offers her shelter, she takes it even as fear threatens to choke her. Would she live to regret her decision?
Mason Franklin cannot believe his eyes but, with her urgent cry ringing in his ears, he presses the gas and the car leaps forward. What had possessed her to do such a dangerous act? He intends to find out. But no amount of probing loosened her tongue. Just when he decides to let her go, he accidently sees her bruised body. Angry that someone did that to her made him want to meet the coward. He offers her shelter. Under his roof, he discovers she is the pastry chef who could not only lift his business to the top, but who built up a need in him that only she can satisfy. The wild passion they share can only lead to one conclusion.

You've got my attention. I want more. How about an excerpt?


The cold November air hit Allison hard, chilled her bones, and caused instant goose flesh to rise and cover her skin. She hunched over momentarily trying to ward off the chill. Her eyes scanned the train station as a possible place to hide, but she discarded the idea immediately.  It was too open. The streets across from the apartment were busy and not easy to cross.  Estimating her chance of crossing them before being captured, the odds were against her. She would not have the time or the strength to do it before they caught up with her. Moving as fast as she could, she walked across the courtyard, down the embankment to the sidewalk.
Several cars and other vehicles waited at the stoplight. Making a desperate decision, she stepped up quickly to a car and yanked the handle. The door opened and she scrambled inside, slammed the door shut, and locked it. The light changed from red to green. The driver, startled, pressed the gas. The car leaped forward only to stop abruptly. Several horns blasted behind him instantly.


The sound of her voice carried a desperation that commanded him to obey. The car leaped forward as two people, a man and a woman, dashed into the courtyard. They hurried through the wrought iron gate onto the sidewalk looking up and down the street, peering into cars as they drove by. Allison eased down on the floor of the car until the stranger’s car circled the green and headed toward South Street. Her heart pumped furiously, and she swallowed with difficulty. Lifting her shaky hand, she eased herself upon the seat. She had no idea what she would say to this stranger when he stopped his car. He must think she was insane or had escaped from somewhere. She hadn’t. This was the first time in her life that she’d ever done anything like this.
He pulled into the parking lot at the supermarket, flung his door open, and walked around his car to the back right door. His long strides reached it before Allison got out. As she pushed against the door, he pulled it open.  He was furious with her for not only scaring the living hell out of him, but for doing this unthinkable act. What could have possessed her to do it? She’d better have a damn good reason.


With both feet firmly planted on the blacktop, she was ready to stand, but she could not lift her body. He stood solidly in her path, one arm resting on top of the door effectively cutting off her escape. Dressed in black jeans, cream polo shirt, and light black jacket, his body allowed little room for her to move.
Allison looked up at him and swallowed nervously. He was lean and taller than Douglas, so she would say he was over six foot tall. His face was deeply tanned, his blond hair shaped his head perfectly, and straight brows enhanced his cold blue eyes that were not looking at her in a friendly way. His nose was straight, jaws firm and square, his lips slightly full and sensual. His hard eyes concentrated on her steadily.  A strong current of anger radiated from him. She felt it, and cursed Douglas fervently in her mind. There was a leached control about him that frightened her. Most of all, she needed to be on her way. The quicker she apologized, the faster she could leave, she decided.


“I’m sorry, very sorry, I startled you back there,” she said sincerely.  “Thank you for helping me. Again, I’m truly sorry. I’ll leave you now.”
“Like hell you will! Not so fast,” he stated, not moving an inch as he continued to look at her. Despite the anger that ran through him, the sound of her voice drew his attention. It reminded him of warm honey. He liked it, and he could hear genuine regret in her tone. She was also very nervous, and she should damn well be, for the stunt she just pulled. He wasn’t ready to let her walk away from him. Her skin was light brown, and he wondered what her eyes looked like. The huge dark glasses she stared at him through hid them very well.


His eyes on her were unnerving. She couldn’t help but move restlessly in her seat. If only he would move. Each minute he delayed her was making it easier for Douglas’s friend to find her.
“What made you do such a foolish thing?”

“Under ordinary circumstances, I wouldn’t have done it.” The thought of how close she came to involving him in an accident made her stomach turn.


“Care to describe the circumstance?”
That sounds like a book guaranteed to keep reader's turning the pages. Where can we get a copy?
Amazon: http://amzn.to/1JiQNqC
Nook: http://bit.ly/1NHOJ0K
Kobo: http://bit.ly/1MTrlOA

Thanks for being my guest today.  Any comments or questions for G. E. Taylor?