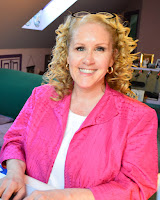 We're always looking for new books to read and it's always great to find a new book by an author I've enjoyed in the past. Joining me today in My Writing Corner is author Peggy Jaeger who has a new release out. Peggy, please tell us about your latest book.


FIRST IMPRESSIONS is the third book in my MacQuire Women Series. It tells the story of local veterinarian Padric “Pat” Cleary, and new family practice doctor, Clarissa Rogers. Clarissa has heard quite a bit of “negative press” about her new best friend’s twin brother, and when he shows an interest in her, she shuts him down immediately, telling him she doesn’t want to be the flavor of the month for any man. She believes what she has heard about him, thinking him narcissistic and shallow. But when he helps her through one of the most emotional and heart wrenching days of her life, she starts thinking that everyone who claims to know him doesn’t really know him at all.
What gave you the idea for it and what made you want to write it?
I introduced Pat in book two

of the Series, THERE’S NO PLACE LIKE HOME. He was the protagonist, Moira’s twin brother, and I wanted to give him a love interest. Once I fleshed him out, I realized Pat had a lot going for him and just as much against him, so I wanted to explore how he would take rejection when it’s basically never been given to him before. How would he cope? What would he need to do to SHOW Clarissa the man he truly was and not the reputed played she’s heard about from practically everyone who knows him – and several who don’t. Reputation means everything to some people, whether deserved or not – another theme that runs through the book, along with not judging a book by it’s proverbial cover.


How did you come up with your characters for this book?
Since I started writing I’ve wanted to write about twins – not the identical kind, but fraternal because I knew I wanted to create a brother and sister. Pat and Moira are so alike in physical characteristics, but almost diametrically opposite on the personal stuff, that I knew it would be fun to pit them against one another and everyone else, as well. Clarissa Rogers was one of the easiest characters I ever dreamt up. She’s a prodigy – like a girl I personally know, has had to mature emotionally much quicker than her chronological age would dictate, and she needed to be that one person who always remained calm in an emergency situation. Her physical attributes were easy, too, because I’ve always wanted to write about a girl with opposing features: she has deep chocolate colored eyes, but reddish hair – not a common trait pairing at all.
What do you like best about your current hero?
I lovelovelove that this big ( 6’2) gorgeous looking guy, who’s a flirt of the first order, is so gentle, loving and kind  to animals. Several times throughout the book, Clarissa is charmed to see him hold and soothe an animal, sick or not, large or small, and watch that animal totally fall in love with the calm, deep timbre of Pat’s voice and the gentleness of his touch. He has truly been born to be a veterinarian.


What about your heroine?
I adore Clarissa’s sense of outward calm, even though her insides are bouncing like Mexican jumping beans. Due to her young age chronologically, she’s taken a great deal of verbal hits through the years from older physicians and her medical school peers and could have responded in a variety of negative ways which would go hand in hand with her actual age. We all know teenagers and very young adults have impulse control issues, especially when they are upset or riled up. Instead, she sought the council of one of her psych instructors who taught her ways to remain and appear calm when all around her was in chaos or threatening. It’s part of what makes her such a popular doctor in the town, this sense of calm she radiates. On the inside though, she is nervous and anxiety-ridden and I find that dichotomy so fascinating, that I had to write her that way.
How about a blurb?

Family Practice Doctor Clarissa Rogers’ first impression of Padric Cleary is biased and based on gossip. The handsome, charming veterinarian is considered a serial dater and commitment-phobic by his family and most of the town. Relationship shy, Clarissa refuses to lose her heart to a man who can’t pledge himself to her forever.
Pat Cleary, despite his reputation, is actually looking for "The One." When he does give his heart away, he wants it to be for life. With his parent's marriage as his guidebook, he wants a woman who will be his equal and soul mate in every way.

Can Pat convince everyone -- including Clarissa -- she's the only woman for him?


What are you working on now?
I have just sent the fourth book in the series, THE VOICES OF ANGELS, to my editor for a run-through. This book, and the next one, are actually pre-quels to my first book SKATER’S WALTZ. Book 4 tells the story of fiction writer Carly Lennox and news broadcaster Mike Woodard. Book 5, PASSION’S PALLETE, tells the story of Moria and Pat’s parents, Serena and Seamus Cleary.
How can readers reach you or find you online?

I love that cover on First Impressions and I know it's another book I'll want to read. Thanks, Peggy!