A Note to the Wise


Recently I was cleaning out my office area and found a whole pile of notebooks. They had all been used and when I started going through them I realized each one had notes from various lectures, conferences and workshops I’d attended. There were others with a variety of stories I was either working on or wanted to start. A few others had notes where I was developing ideas into stories or plots. In looking them over, I got to thinking about notes in general and came up with what I considered a trio of suggestions when it comes to notes: 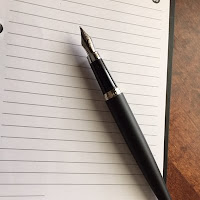 
Okay, very cute but what does it all mean?


The first is self explanatory. It only makes sense that when you attend a workshop, you should take as many notes as possible on what you learn at conventions or talks or anytime you have the opportunity to hear a writer talk. Listen to how they got to working on their stories or books and make notes for yourself. You can pick up some good suggestions just from hearing how the process works. I always carry around a notebook in my purse so I am ready to take notes at any time and wherever I am. If I get a story idea, or see something I want to know more about, I’m ready to write it down so I don’t forget later.


Making Notes might also be self explanatory but it doesn’t relate to the first idea. Make notes whenever you have an idea, no matter where you are. Make notes on whatever piece of paper you have handy. You never know if that idea will come again.  I haven’t had many an idea disappear totally from  my brain when I tried to write it down later. As a result,  I now write down whatever idea I come up with as soon as possible.  I have bank withdrawal slips with ideas written on the back, but that’s why I keep that notebook in my purse. It’s works well  for those crazy ideas that might pop up when I might be out and about.


Baking Notes  has nothing to do with cooking. It had to do with what to do with those  ideas or notes once you have them written down. Don’t just let them sit there and gather dust like I did with my notes.  Take them to the next level. Think through all those notes you make and then think about where you might want to take them. Taking all those notes at a conference don’t mean anything if you don’t do something with them once you get home I found some great ideas I had forgotten about because I went to a conference, came home all fired up, remembered what I had been told for a week or so and then let go of everything I learned.  But on the other hand, if you try using some of those ideas and putting them into practice even a few times then you’ll get more out of the notes you’ve made. Even if the ideas don’t work for you as presented, other things might stick and it might improve your output, your outlook or your overall  writing.


Don’t just write it down those ideas either, use them.  Don’ t just keep making notes on ideas. Try them out somehow. Play with them and make use of them. Perhaps they will send your current story into a new direction. Perhaps they will help you figure out what you want to do with a future story. But if you put them into action or expand them, you’ll be better off in the future.


At least you won’t just be stuck with a bunch of notes in a notebook that you can’t remember , either where you got them or what you intended to do with them. So if you are going to make notes, or take notes, then be sure to bake those notes!
- February 07, 2020