One of the best parts of being a writer is that you get the opportunity to meet and get to know other writers. Talking with them about how they work and what they are working on can stimulate ideas and make you a better writer. One of the writers I met many years ago ago who has continued to inspire me as a writer is Donnell Bell, who also writes mystery and suspense like me. We've been to many writing conferences and worked together on various organizations over the years. I've always enjoyed reading her books and today she visits My Writing Corner to present her newest work, Black Pearl. 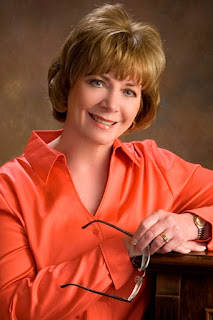 Donnell Ann Bell began her writing career at the Colorado Springs Business Journal and Pikes Peak Parent Newsmagazine before turning to fiction. An award-winning author, including a two-time Golden Heart finalist, she is the author of Black Pearl, book one of a series, Buried Agendas, Betrayed, Deadly Recall and The Past Came Hunting, all of which have been Amazon bestsellers. Black Pearl is her latest release, and she’s back to work on book two of the series. Follow her on Facebook and Twitter or sign up to win books and prizes via her newsletter www.donnellannbell.com

What made you want to be a writer?

Truth be told, the nuns made me do it. I owe two Ursuline sisters my gratitude for recognizing I had a gift. When my classmates were writing about space aliens and Chips Ahoy cookies, I was writing about a drought-ridden town in which the residents were forced to load up their covered wagons and start over. Years later, I would guess I got the idea from Lizzie and the Rainman sung by Tanya Tucker. Those two nuns literally pulled me out of class and gave me permission to dream and tell stories. I wrote my first published novel based on a song by Tricia Yearwood and Don Henley, called Walk Away Joe. That book led to The Past Came Hunting my debut novel. Apparently, music influences me greatly.

What do you like best about your heroines/heroes?
I write a cross between an alpha and a beta male. I cannot stand any male who bullies a woman. Then again, I don’t like a woman who bullies a man. I guess you could say I’m not a fan of bullies. But I love strong characters, compassionate characters. That includes my female characters. I was a volunteer victims advocate for the El Paso County Sheriff’s Office. A deputy dressed up in a Pillsbury dough boy-like suit had each of us volunteers come at him in “attack” mode in self-defense class. When it came to my turn, he kept yelling, “You’re such a girl!” The point, to make me Hulk-like angry. P.S. He made me angry, but he was so right about the “girl-part.”

The good news is I realize it and make my characters everything I’m not. My daughter was an All League softball catcher, and a team leader. I am in awe of her strength and poise under pressure. I rode with a female field training officer on a twelve-hour shift and we brainstormed my character. I talked with retired female police officers. That knowledge and those experiences enabled me to write my first female police officer protagonist – who I can tell you is a kick-butt heroine working in a male-dominated profession and everything I’m not. She possesses traits of some exceptional women I admire. I’m exceptionally proud of Allison Shannon, the character I created for my series.

Tell us where you got the idea for your latest book.
I lost my best friend growing up to violent crime. I would say in the back of my mind she’s always with me. Perhaps that’s why I write around the theme Suspense to Close to Home and why I always demand justice for victims. As an aside, although this book was fiction in every sense of the word, it was therapeutic to write.

What advice would you give a beginning writer?
Don’t be in too much of a hurry. One of the best things ever is to see your name on a book. But like the old slogan, I will sell no wine before its time, the same applies to published work. Make sure it’s ready. Study craft. Listen to beta readers and critique partners, and not just a family member who loves you, no matter what you write. Make sure the story holds up, not only in grammar and punctuation, but in content. Make sure you invest in an editor and proofer. Here’s an article I wrote for Romance University and Pikes Peak Writers that writers might find helpful. https://pikespeakwriters.blogspot.com/2015/03/tips-before-hiring-editor.html 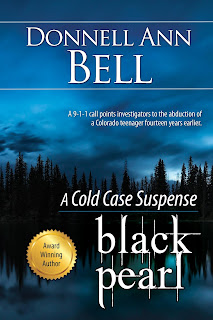 Let's get the details on  that latest book, Black Pearl: A Cold Case Suspense

A cold case heats up when a 9-1-1 call puts police at a Denver murder scene pointing  investigators to the abduction of a Colorado teenager fourteen years before. The connection? A calling card--a single black pearl--is found on the newest victim. Is the murder a copycat? Or has the twisted killer, thought dead or in prison, returned to kill again?

The hunt for a multi-state killer is on and brings together an unexpected team: a Denver Major Crimes police lieutenanct; an FBI special agent who investigated the previous murders, a rooke FBI aent with a specialty in psychology; and the only living victim of the Black Pearl killer who is now a cop.

For Special agent Brian DiPietro, the case is an opportunity to find answers. For Officer Allison Shannon, the case will force her to face down the town that blamed her for surviving when another did not. And for both DiPietro and Shannon, it's a chance to find close on questions that have tormented them both for years.


If you would like more information about Donnell and all her great books and the buy links, here is her website: https://donnellannbell.com/

Thank you, Donnell, for being my guest and bringing us your latest!  Any questions or comments for Donnell?