Zooming to the Rescue - Writing through Co-Vid

Let’s face it – last year at this time when we were getting concerned about Co-Vid and our whole world began to change, we didn’t think we’d still be here a year later, worried about going out, worried about vaccines, worried about our loved ones becoming ill.

These are the times that make us all yearn for the good old days when life seemed so much easier. Now I’ve heard from many writers that they are having trouble writing uplifiting love stories because they just don’t feel like they can get in a happy mood.  I have to say, though, I have heard from a few who say that while the times are trying, they use their writing to lighten their world, and they like being able to create a world where heroes and heroines are battling each other and their hearts as opposed to a life or death situation every day.

No matter how you feel about the current pandemic, we can’t deny that it has changed our lives in so
many ways.  One of those ways has been my contact with other writers. For years I belonged to a critique group where we physically met once a week to read through our material out loud and make suggestions and corrections.  At least one or two Saturdays a month might be spent at a chapter meeting for one of the writing groups I belong to. There were book signings to attend or book fares where we could sell our books or get others’ books signed.

I miss those days. One of the last events I was to attend last year before everything changed was Left 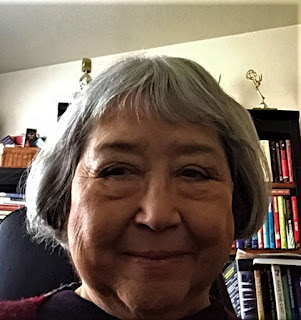 Coast Crime in San Diego. It got cancelled the first day people arrived, but I had already made the decision not to go and wasn’t one of those who had to make arrangements to come home early.

But I am happy to report that conferences have still been taking place. Perhaps one of the best things that is happening right now is that they are being done virtually!  WE can attend them from the close confines of whatever room our computer is in. Some have been turned into “virtual conferences,” where Zoom provides the platform for us to all connect.

While we are waiting for the return of in person meetings and seeing each other again or just having lunch with an author friend, there are some great opportunities out there to expand your writing horizons.  Since we went into lockdown last spring I have attended three conferences—including one where I presented.

While virtual conferences don’t present the opportunity to hang out in the bar and talk to people or to meet new people during lunch or in the sessions, they do give us the opportunity to attend some great session and to still continue to learn how to hone our craft.

This past weekend I virtually attended this years’ rendition of Left Coast Crime. It was to be in Albuquerque and I

had been planning to attend. Instead, I spent this past Saturday attending sine wonderful sessions of authors discussing their “Lefty” nominated works and the writing process. Every session was informative and helpful and anything that includes the great, bestselling author Carl Hiaason and his particular brand of humor is well worth attending.

But virtual sessions go beyond just conferences. One of the reasons I have not missed socializing with other writers are the many meeting opportunities I am finding with other writing groups around the country.  I belong to several national writing groups—such as Sisters in Crime, Mystery Writers of America, and Women Writing the West—and while I”ve been attending their meetings virtually, I’ve also discovered many other writing groups around the country have opened up their virtual meetings to people from different regions.  Since I’m working on a book set in British Columbia, I attended a session dealing with the BC court system.  I also attended a New England session, a Texas crime session, and I am constantly watching for other subjects that I might want to attend. 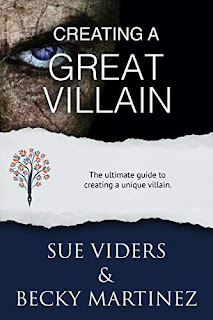 These opportunities are out there and I heartily endorse looking for them. Need research help on a
certain subject? Check around and see if there is a group offering such a program. Stuck on a scene and hoping for some feedkback, look around for writers’ groups that offer that or bring it up in a session with writers you have never met.

It's a good way to also introduce your writing and your books to a new audience. My book, How to Write a Great Villain, written with my frequent co-author Sue Viders, just released this week, and I felt so good being able to introduce myself to other groups I’ve never met before and show them what I am writing. Villains is now available on Amazon, by the way.

Yes, we are living in tough times, and while we’re slowly pulling through, it may be months before we are all back together. Meeting other writers virtually or hearing other points of view that you normally don’t get from people you know can be a good way to expand your writing horizons! And it might get you some new readers too!