While I always enjoy meeting new authors, it's especially gratifying to meet someone who has just joined the publishing ranks. S. Hilbre Thomson, or Sue, today's guest, in My Writing Corner, tell us she grew up in Massachusetts with her three older sisters and younger brother. Like so many writers, she always wanted to become a published author. She says she was one of those "typical flashlight under the blanket kids trying to read way past bed time." She says she wanted to become an author, but, instead, she moved forward in another career. She turned to the education field, becoming an elementary school teacher. But her old dream didn't go away--she always wanted to write suspense novels. 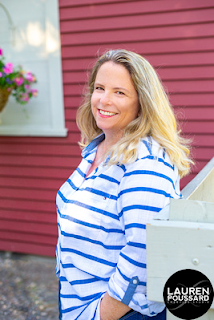 After watching her read so many books,  her husband asked when she was going to write one herself. Following a few false starts, she finished her first novel. She says summer vacations allow her to spend time with extended family at Lake Winnipesaukee in New Hampshire where she loves to read on the dock. As a result, she says it’s not surprising that there are scenes from the lake in her book. She says it’s beautiful there and something is always happening.

When asked how she plans her stories, she says it's like how she drives--the exact route isn’t known, but after a few detours, wrong ways and some sightseeing, she gets where she wants to go. And now she has arrived at that writing destination! Her new book,  Trevor, is her first published novel...

Let's hear directly from her about her writing process:
When asked how I plan a story, I’ve likened it to how I drive. The exact route isn’t known, but after a few detours, wrong ways and some sightseeing, I do get there!

I started this book over 25 years ago, before I got married and had three children. I would pick it up now and again, maybe write a chapter or two, but life kept me pretty busy. About 2 years ago, with the urging of my kids and husband I really got back at it. With the help of an editor and many rewrites, I was ready to send it out for consideration. Luckily my first attempt was picked up by Wild Rose Press and was released on March 21.

Being an author gives me a chance to create characters and a world that I can manipulate, work through some challenges- real life and made up- and hopefully entertain my readers. I can retreat into that story, and if I don’t like the way it’s going, I just rewrite it! Wouldn’t it be great if we could do that in real life?

This is my first novel. I wanted to write a story with the “bad” character, Matthew Stone, being someone the reader really wanted to hate, but couldn’t. After writing some very short snippets for a writing group I belonged to, I was able to round out the character and story more.

Let's get a blurb. 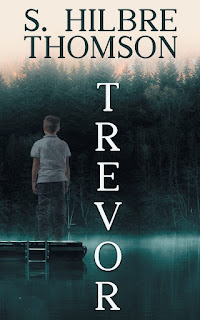 Unable to escape his past, Matt Stone heads North leaving behind the memory of his dead wife and son. His journey takes a turn when he comes across his late son's doppelgänger; Trevor Reed. Blinded by the resemblance, Matt becomes obsessed and begins stalking him. Little does Trevor know, he becomes wrapped up in Matt’s delusions. Concerned, Trevor's mom, Jesse, enlists the help of the local authorities to keep him safe. Despite the involvement of police and eventually the inclusion of the FBI and an enthusiastic reporter, Trevor disappears. The Reeds will do anything to get their son back which results in a chase starting in the suburbs of Boston, Massachusetts to an Island on Lake Winnipesaukee in New Hampshire. Will their efforts be enough? Will they find Matt and Trevor? Or will they be too late?

And now, an excerpt!

“Mommy, he was here. Right there in the woods. He called me Tommy.” New tears fell as Trevor twirled her hair between his fingers. His whole body shook as he turned back to look at the fence.

Wanting to prove to him that there was no one there, she asked, “Can you show me, honey? Where he was?” Trevor buried his head in her legs again. “Come on, kiddo. You can do it. Spiderman would.” Lately Spiderman was the be all, end all. The mere mention of his name would convince the child to brush his teeth, take a bath, or help set the table. She waited. Slowly, he let go and looked up at her. Then at the fence, and back at her. With a determined nod, he edged toward the back of the fenced-in yard. After the first few steps, he slowed and reached for his mother’s hand. Holding it tightly, he led her to the edge and pointed to an opening between two pine trees where a small patch of grass grew along their fence. Years of pine needles littered the forest floor. Their scent lingered and usually brought back memories of playing in these very same woods as a child. Jesse was caught between believing Trevor and thinking it was part of an elaborate fantasy in his mind. She crept forward and peered over the fence. Was her imagination playing tricks on her? No, clearly outlined in the grass were two footprints, large indentations pressing down on the spring grass.

I am working on another story that involves two of the main characters from my first book, Trevor. Karen, a reporter, wants to investigate the home invasion that started Matthew Stone on his downward spiral. She and her new boyfriend, Joe, will be in North Carolina to investigate the cold case.

My advice for a new author is the same advice that was given to me. Write, write, write. Check your ego at the door because going through the editing process is humbling, but very productive.  This is one of the scariest but most exciting things I have done!

Thank you, Sue, for being on My Writing Corner. To buy her book and/or learn more about her, following are her buy links and social contacts.

Does anyone have any questions or comments for Sue?